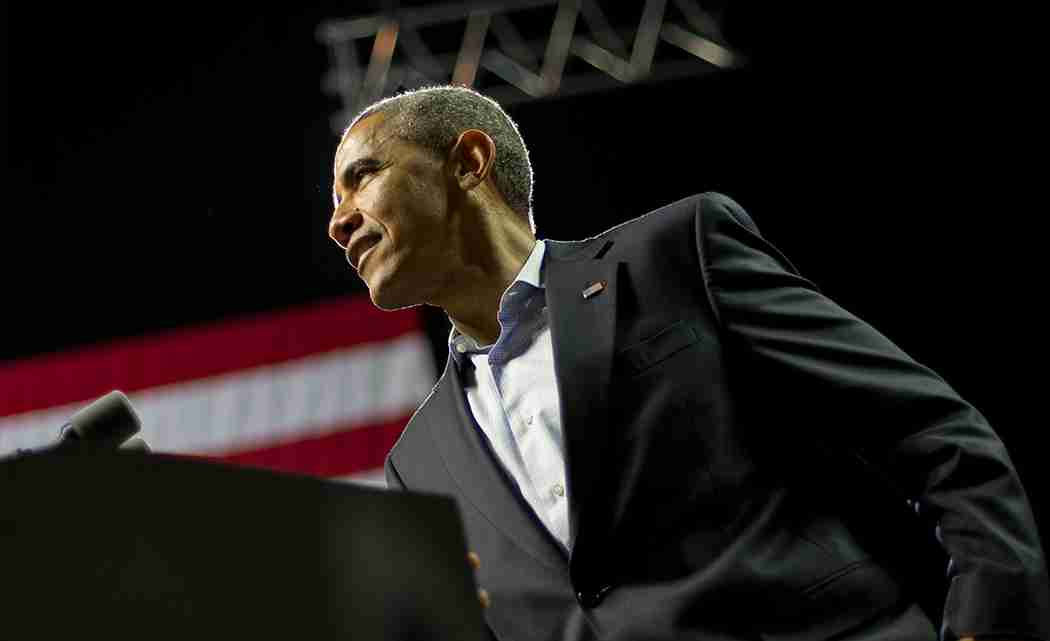 WASHINGTON (AP) – President Barack Obama is placing his ability to energize voters to the test in two high-profile governor races, making a final election-season push to save a Democrat in Connecticut and unseat a Republican in Pennsylvania.

In a swing Sunday through two states he carried in both 2008 and 2012, the president hoped to mobilize members of his voting coalition, particularly young people, African-Americans and women. During nonpresidential elections, many of these voters tend to stay home.

Connecticut Gov. Dannel Malloy is in a dead heat with Republican Tom Foley, in a rematch of the 2010 race that Malloy narrowly won. Four years ago, Obama also made a last-minute appearance for Malloy.

In Pennsylvania, businessman Tom Wolf holds a lead over GOP Gov. Tom Corbett, who was getting some high-profile help himself on Sunday from New Jersey Gov. Chris Christie.

Obama’s scheduled appearances in Bridgeport, Connecticut, and Philadelphia highlighted the competing pressures on the president as he balances his unpopularity in states where Democrats face tough Republican challenges and the need for Democrats to energize crucial elements of their voting bloc.

On Saturday, he headlined a rally in Detroit for Senate candidate Gary Peters and Mark Schauer, who’s running for governor, and earlier in the week he campaigned in Wisconsin, Maine and Rhode Island.

Tuesday’s election will test whether his popularity with core Democratic voters and others in his bloc of supporters is strong enough to draw them back to the polls when he is not on the ballot. Any Democratic losses probably would raise questions about the strength of his popularity even among his biggest fans.

“There is a bigger risk in not doing everything he can to hold a Senate majority and elect Democratic governors,” said Ben LaBolt, the national spokesman for Obama’s 2012 campaign. “Republicans are likely to say he didn’t perform to 2008 and 2012 levels regardless.”

Democrats outnumber Republicans in Connecticut, so energizing core voters is essential for Malloy’s survival against Foley. First lady Michelle Obama, who campaigned for Malloy on Thursday, called him an “instrumental partner” of the president, and she citied Malloy’s success in raising the minimum wage and with the state’s rollout of the federal health law.

Before campaigning with Obama and Christie, the candidates were to hold their final debate. On Saturday, they vied for the support of Latino voters: Malloy was joined by Julian Castro, Obama’s housing secretary, while Foley spent time with Luis Fortuno, a former governor of Puerto Rico.

In Pennsylvania, Wolf has emerged as the favorite, but Corbett was seizing on Obama’s appearance to portray the Democrat as a virtual Obama running mate, hoping that antipathy toward the president would drive more Republican voters to the polls.

“Voting for Tom Wolf would be like voting to make Obama Pennsylvania’s governor,” a new Corbett television ad said.