“Chat and Chew” ladies pray and applaud for their native son 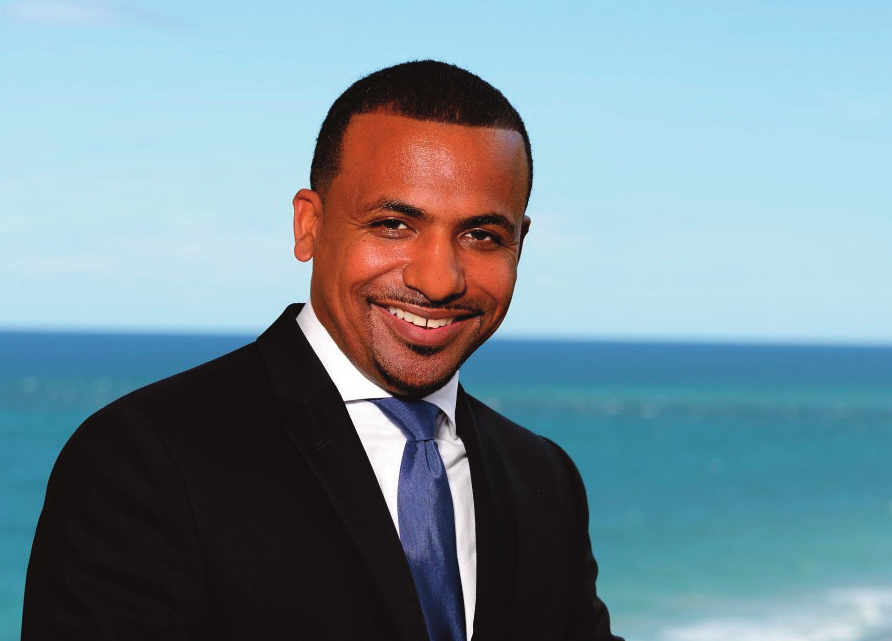 WEST PALM BEACH, Fl. – Bradley Harper is making his rounds in Palm Beach County talking to groups big and small. On this day, he stopped by a “Chat and Chew” sponsored by the C.I.B.(Character, Intelligence, Beauty) Club, a group of ladies who formulated their social/civic club over 50 years ago. They are African American with many hitting the 75 year old mark this year.

Harper sounded like he was at home, telling the ladies that he’s a product of the black community –he’s their native son. The ladies cheered him on as he spoke to them, urging them to vote early and put him in office because he understands their plight.They helped pass out his literature, they asked for yard signs,and they prayed for him, creating an atmosphere that looked more like a family affair, where Harper was welcomed with open arms.

But his opponent, Esther, “Ettie” Feistmann, says she is the one who deserves everybody’s vote for the six-year judgeship term in Group 15.After all, she’s handled 150 jury trials and she has the experience needed, she boasted. “My experience and my commitment to this community give me the experience to handle the courtroom from day one,” said the 63- year-old Feistmann,a state and local prosecutor for the past 21 years. “There will be no learning curve or adjustment period for me,” she said.

But interestingly enough, Feistmann, if elected, could only serve one term, since she is 63 years old.Judges in Florida must retire at age 70.On the contrary,Harper,at age 39,could serve for three decades if he wins, and is able to facilitate four victorious re-elections campaigns. For that reason, among others, he said voters should select him. “The community benefits from the experience that judges gain when they serve more than one term.”

But his opponent says he has a “sense of entitlement” since he can serve longer. “We are running for one term,” she pointed out. In a somewhat contentious battle for former Judge Barry Cohens’ seat,Harper and Feistmann have hurled accusations against each other, even filing official complaints against the other. Feistmann filed 11 allegations against Harper with the Judicial Campaign Practices Commission, a part of the county Bar Association. Among her complaints was that Harper didn’t have proper disclaimers on campaign signs and of soliciting endorsements on his campaign website.

Among Harper’s complaints against Feistmann, according to a Sun-Sentinel report, he alleges she misrepresented that he made an improper campaign appearance and that she improperly listed endorsements from two candidates in other races.

According to the Sun Sentinel report, the commission rendered three violations by Harper, but they also noted that Feistmann’s listing of one candidate’s endorsement was not permitted.

The commission makes only advisory opinions. It’s not clear if any repercussions were incurred for either candidate.

Harper, a civil case litigator, touted his experience in the courtroom has also been significant, as lead counsel in complex civil liability cases in state and federal courts.

At the time he dropped in on the CIB’s club event, the nation was reeling over the high profile deaths of black men at the hands of police officers, and also the deaths of officers in retaliation.

Harper told the ladies he understands the perils of being a black male in the United States, and the ladies seemed eager to support a successful black male seeking a high profile position.