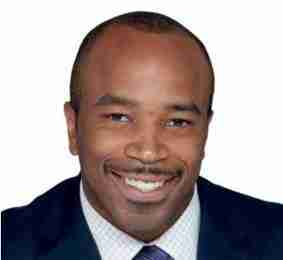 WEST PALM BEACH, Fla. – The Florida Association of Counties (FAC) said Senator Bobby Powell demonstrated such “awareness and support” of county issues during the 2017 Legislative Session that it honored him with its 2017 County Champion Award.

The award will be presented on Wednesday, June 28 during the Tallahassee-based FAC’s Annual Conference & Educational Exposition at the Palm Beach County Convention Center, located at 650 Okeechobee Boulevard. This is the association’s first conference in Palm Beach County and it will be held June 27-30. Visit www.flcounties.com/annual-conference for conference details.

Powell just completed his first term in the Florida Senate as well as his year-long tenure as chair of the Palm Beach County Legislative Delegation.

“As an elected official, I have always fought to represent not only my District but the entire Palm Beach County,” he said, “because no city is a vacuum; we’re all in it together.”

During the 2017 Legislative Session, the Senator voted on hundreds of bills – and sponsored 28 himself. He also brought nearly $20 million back to District 30.

Before joining the Senate, Powell served two terms in the state House of Representatives. He works as a planner and project manager with Urban Design Kilday Studios in West Palm Beach.

“We’re recognizing Senator Powell’s strong commitment to addressing important local government issues, to improving and maintaining a high quality of life for all Floridians and, above all, to the strengthening of public policy,” said David J. Suggs, FAC’s public policy director. “He did a great job for all of us this year.”

For more information on Powell, including his sponsored bills, click www.flsenate.gov/Senators/s30.