Congresswoman Wilson has dedicated her life to fighting for others 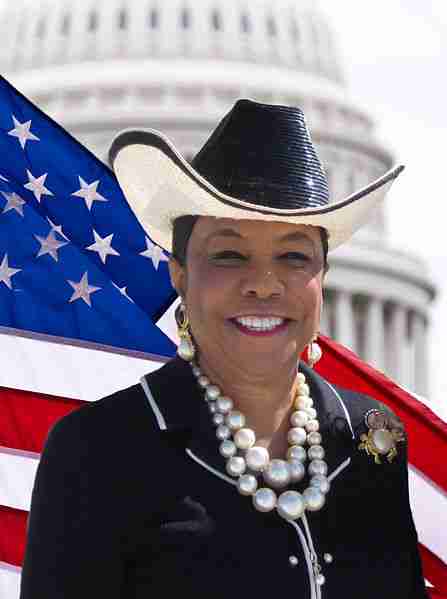 Ever since she was a little girl who would line up her dolls and play school with them, Congresswoman Frederica Wilson has known she was meant to help people. The daughter of civil rights activists and small business owners, she learned early the value of public service. It is one she has exercised her entire life.

“I always felt that I was a little leader and a little teacher. The Klu Klux Klan would ride down our street because they didn’t want my father registering people to vote, but he did it anyway,” Wilson recalled. “I think I got my spunk and my tenacity from him and my courage to, in spite of the odds, set a goals and fight for people.”

It’s fitting that Wilson grew up and pursued a career in education. Eventually becoming an elementary school principal, she saw firsthand the need to give black youth, particularly boys, extra attention.

“My school was an integrated school … and it was very clear to me, even early on in my career, that there was something different about that African American boy that needed extremely special attention,” Wilson said.

But she was limited in her impact as a principal, so she ran for the Dade County School Board and implemented the 500 Role Models of Excellence Project (now 5000). She also served as a state legislator before ascending to national prominence as the Congresswoman for Florida’s 24th District in 2010.

“When I was a member of the (Florida) House of Representatives, they would put billions of dollars in the state budget to save the manatee from being chopped up by boat propellers and I couldn’t get them to put a million dollars in the state budget to help young boys on the beginning side,” Wilson said. “But they would put millions on the end to send them to prison and maintain them in prison at the rate of $45 a day. Now just think if that were reversed,” Wilson said.

Despite her successful political ascension, Wilson said it is a mistake to think she transitioned from being an educator to a politician. She said she is still an educator, but quit her job as a principal so she could make an even greater difference.

In addition to her late father and older brother, Thirlee Smith Jr. – who was the first full-time black reporter at the Miami Herald – Wilson credits Rosa Parks with inspiring her to greatness.

“Rosa Parks … I can definitely say she had a great impact on my life. She put me in the mind of me. I wanted to be like her. She just got tired and she said I’m not going to move and she didn’t move, and she changed the whole civil rights movement,” Wilson said.

One moment in black history that Wilson is particularly grateful for is having the opportunity to serve alongside America’s first black president, Barack Obama.

“It is something that I will cherish for the rest of my life. It was phenomenal and to know him personally was just a dream come true. Sometimes I would just pinch myself …,” Wilson said. “We need to look forward and work towards electing the next black president. He showed my boys that they could be anything they wanted to be.”

When asked what type of legacy she’d like to leave if she ever retires, Wilson said the name she was given when she became a Nigerian Chieftain, Jagunmolu, is fitting.

“My name means ‘The People’s Warrior’ and that’s what I would like for my legacy to because if I see something that’s not right. I’m going to fight until I make it right. That’s what I’ve done all my life because as an African America woman, there’s always a battle. It never ends,” Wilson said.

Often approached by people whose lives she’s touched, Wilson said she encourages people to keep pushing and lets them know she’s praying for them.

“You don’t really have to be a politician to do good. You decide on what you want to advocate for and you put your heart and soul into that advocacy and then you keep one hand in God’s hand and He’ll guide you and lead you how to triumph and move forward,” Wilson said.