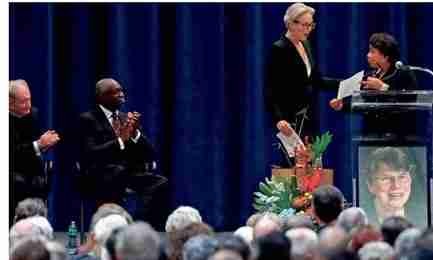 Clinton delivered a eulogy at a memorial service Sunday for Reno, who died Nov. 7 at age 78. Clinton appointed her the nation’s first female attorney general.

The service took place at a Miami-Dade College campus not far from the longtime Reno family home, where Reno died of complications from Parkinson’s disease.

Reno was involved in many major 1990s issues, including the deadly raid on the Branch Davidian compound in Waco, Texas.