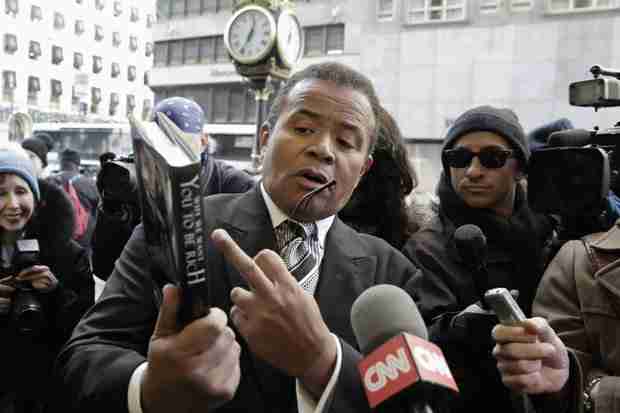 RICHMOND, Va. (AP) – A federal judge said she will rule Thursday on a bid by Donald Trump supporters to immediately block the use of a party affiliation statement in Virginia’s Republican presidential primary.

U.S. District Judge Hannah Lauck vigorously questioned lawyers about the plan during a three-hour hearing Wednesday, and heard from one of the three black pastors who sued the State Board of Elections to challenge what the plaintiffs call a “loyalty oath.”

, pastor of a black church in Richmond, said he has endorsed Trump and wants to vote in the March 1 GOP primary but will not if he is forced to sign a statement declaring that he is a Republican. He said signing such a declaration would subject him to “tremendous” backlash from a community that largely dislikes Republicans.

He said others in the black community also would be unlikely to vote.

“They would come under great persecution,” Parson said. “They’re not going to sign it. I don’t understand why the Republican Party is doing this.”

The party’s attorney, Jack Wilson III, said the party simply wants to ensure that only Republicans participate in the GOP nominating process. He also told Parson that the names of primary voters already are public record, but the pastor said that’s a far cry from signing a pledge.

“What’s known is that I voted for a Republican candidate, not necessarily that I am a Republican,” he said.

Virginia does not register voters by party and has not required them to sign such a statement in previous taxpayer-financed primaries. Virginia Democrats are not imposing such a requirement in their presidential primary.

GOP leaders last month persuaded the Board of Elections to require voters in the primary to sign the affiliation statement. Trump, who is not part of the lawsuit, has criticized the requirement, saying it would scare off new GOP voters.

Parson predicted that potential voters also would be deterred by long lines that develop as election workers try to explain to voters why they must sign the statement.

Lauck noted that a “frequently asked questions” memo that the State Department of Elections sent to local elections officials addressed the question of how to handle any conflicts that might arise at the polls. She wondered whether that signaled that election officials were expecting trouble.

The judge also expressed concern about differences in the affiliation statements provided at the polls and those sent to absentee voters. The in-person statements state that a signature is required in order to vote, while the absentee forms, about 1,800 of which have already been mailed, are less explicit.