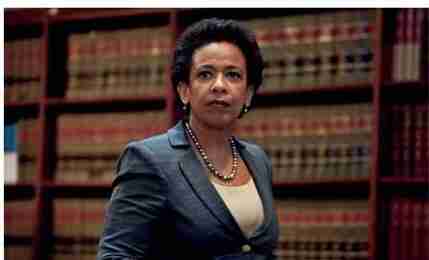 WASHINGTON – Attorney General Loretta Lynch on Thursday stepped up the pressure on Baltimore officials to reach a deal with the federal government to overhaul the city’s police practices, saying “the ball is in the city’s court” to conclude negotiations soon.

Lynch, who took office in April 2015 as riots roiled Baltimore after the death of a black man in police custody, said she intends to return to Baltimore in January to give an update on efforts to reach a court-enforceable consent decree.

Her statements seemed intended to publicly push Baltimore toward a resolution and appeared to reflect disappointment in the pace of negotiations.

Though consent decrees can take months to negotiate, the federal government and Baltimore already had reached an agreement in principle by August, when the Justice Department issued a report that identified discriminatory policing practices and pervasive civil rights violations.

The Justice Department is looking to conclude the process by Jan. 20, when the Obama administration ends and Lynch and other leaders will move on – a timeline for completion that remains possible. The city has been provided with each of the sections of the proposed consent decree and has had some of the sections for months, according to a person familiar with the negotiations who was not authorized to discuss the ongoing talks and spoke on condition of anonymity.

A consent decree, filed in federal court and overseen by a monitor, often is a road map for changes in fundamental police department practices, such as in how officers use deadly force and carry out traffic stops. The Justice Department has the ability to sue cities that refuse to reach such an agreement. The government sued Ferguson, Missouri, under similar circumstances last year after the police shooting of an unarmed black man. The two sides ultimately reached a resolution.

The Justice Department opened an investigation into Baltimore’s police department last year, months after the death of 25-year-old Freddie Gray, who was injured in a police transport van.

A report in August found that Baltimore police officers routinely discriminate against blacks, repeatedly use excessive force and are not adequately held accountable for misconduct.

Next post Trump lags predecessors on a diverse Cabinet