Questions about how Schock handled money lead to resignation 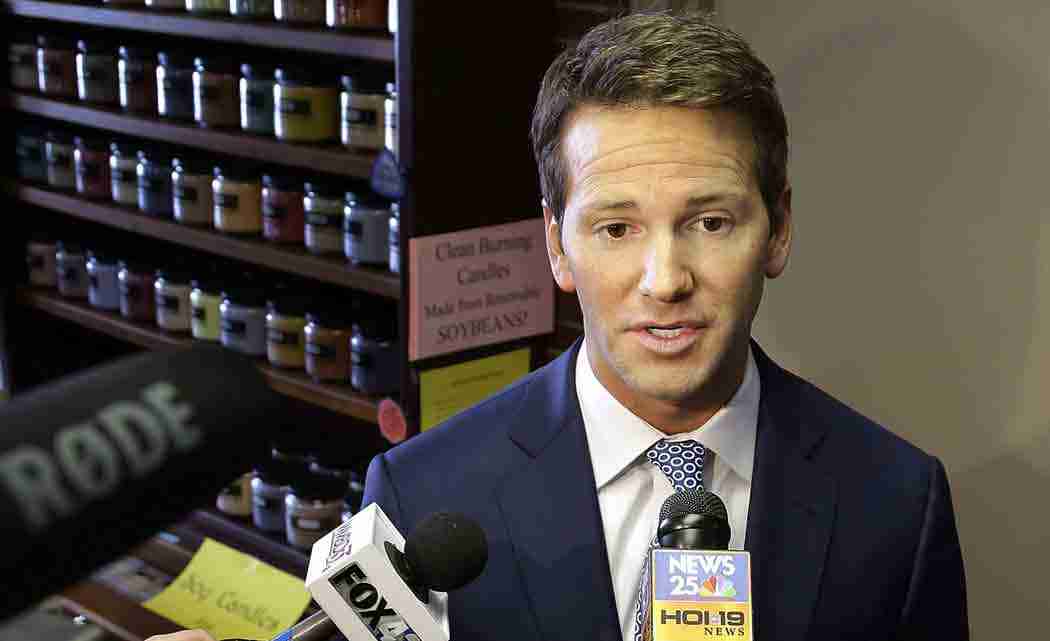 In his fourth term in Congress at a mere age 33, Schock was the rare media-savvy GOP millennial on Capitol Hill, attracting fans by the thousand on Instagram, posing bare-chested on the cover of Men’s Health magazine, and leveraging his national profile to become a prodigious fundraiser for fellow Republicans.

Energetic and ambitious, Schock made it into the lower rungs of House leadership last summer as a senior deputy whip, and aspired to more.

But along the way Schock got sloppy, or greedy, or worse. He accepted rides on donors’ private planes without properly reporting the expenses, made improbably lucrative real estate deals with political supporters, and even spent $40,000 in taxpayer money to decorate his office in the style of PBS’ “Downton Abbey” — money he paid back after the expenditures came under question.

On Tuesday, with no warning to House leaders and only weeks since the drumbeat of bad news began in earnest, Schock abruptly announced that he would resign his seat in Congress effective March 31, leaving political life as dramatically as he’d entered it as a 19-year-old write-in candidate for the Peoria School Board.

“I do this with a heavy heart,” Schock said in a statement. He said he had given his constituents his all, “but the constant questions over the last six weeks have proven a great distraction that has made it too difficult for me to serve the people of the 18th District with the high standards that they deserve and which I have set for myself.”

Back home in Peoria, the news was a bitter letdown for supporters who’d seen Schock as a different kind of politician in a state with a sordid history of political corruption.

“He was that breath of fresh air that we all hoped for,” said Beth Magenheimer, a Peoria mother of four. “We have been really proud of him. So this has been a little hard to take.”

A special election will be held within 120 days of the vacancy. GOP state Sen. Darin LaHood, considered a front-runner to replace Schock in the heavily Republican district, will announce his candidacy Wednesday, Republican officials in Washington said. LaHood is the son of Ray LaHood, who served in Congress and later as President Barack Obama’s transportation secretary. State Sens. Jason Barickman and Bill Brady, both of Bloomington, also said they’re considering running.

For Schock, a cascade of negative stories followed The Washington Post’s report in February on the “Downton Abbey” redecoration — a revelation that he’d dismissed by remarking to ABC News, “Haters are gonna hate.”

An AP examination of Schock’s frequent flights around his central Illinois district found that he spent more than $40,000 from his House expenses for travel on planes owned by a group of donors. A separate AP story detailed how Schock has relied on several political donors for almost all of the Peoria-based real estate deals that have provided much of his personal wealth, estimated at about $1.4 million in 2013.

Even so, until last week, Schock thought he could weather the controversy and had turned to a team of communications strategists and lawyers to head off any more embarrassments.

But then the Chicago Sun-Times and Politico began questioning discrepancies between mileage reimbursements that Schock was paid and the number of miles on his SUV when he sold it. The gap suggested Schock was billing taxpayers and his campaign for miles that were never driven.

Schock and his advisers realized they had a situation that could not be called an error or misunderstanding, according to a Schock adviser who demanded anonymity to discuss internal deliberations. It proved to be the deciding factor pushing Schock to leave Congress. On Tuesday a spokesman said Schock had repaid all mileage expenses incurred since he joined Congress, “out of an abundance of caution.”

Next post Smashed your HTC One? No problem, they'll replace