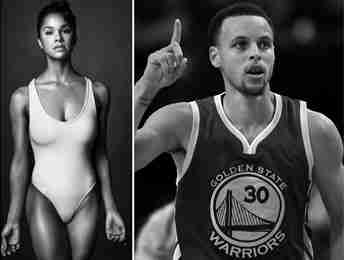 Kevin Plank, the CEO of Baltimore-based Under Armour, called Trump “an asset to the country” in an interview with CNBC last week. The company later issued a statement saying it engages in “policy, not politics.”

In a separate interview, Curry said of Plank’s statement: “I agree with that description if you remove the ‘et’ from asset.”

He continued by saying, “I spent all day yesterday on the phone with countless people at Under Armour, countless people in Kevin Plank’s camp, my team, trying to understand what was going on and where everybody stood on the issue,” Curry said. “Based off the release that KP sent out this morning, and what he told me last night, that’s the Under Armour that I know. That’s the brand I know he’s built and one that, as of Wednesday afternoon, is something that I’m standing on.” Curry also said he would consider leaving any ventures that conflicted with his core values.

“If I can say the leadership is not in line with my core values, then there is no amount of money, there is no platform I wouldn’t jump off if it wasn’t in line with who I am. So that’s a decision I will make every single day when I wake up,” Curry said.

In an Instagram post, Copeland wrote: “I have always appreciated the great support and platform that Under Armour has given me to represent my community, gender, and career on the world stage. However, I strongly disagree with Kevin Plank’s recent comments in support of Trump as recently reported. Those of you who have supported and followed my career know that the one topic I’ve never backed away from speaking openly about is the importance of diversity and inclusion. It is imperative to me that my partners and sponsors share this belief. I have spoken at length with Kevin privately about the matter, but as someone who takes my responsibility as a role model very seriously, it is important to me that he, and UA, take public action to clearly communicate and reflect our common values in order for us to effectively continue to work towards our shared goal of trying to motivate ALL people to be their best selves.”

Johnson joined his peers, writing on Twitter: “I appreciate and welcome the feedback from people who disagree (and agree) with Kevin Plank’s words on CNBC, but these are neither my words, nor my beliefs. His words were divisive and lacking in perspective, inadvertently creating a situation where the personal political opinions of Under Armour’s partners and it’s employees were overshadowed by the comments of its CEO.”

Under Armour released a statement after the backlash which stated:

“We have teammates from different religions, races, nationalities, genders and sexual orientations; different ages, life experiences and opinions. This is the core of our company. At Under Armour, our diversity is our strength, and we will continue to advocate for policies that Protect Our House, our business, our team and our community.”

Under Armour sponsors Johnson, Copeland and Curry, who plays for the Golden State Warriors.

None of the three have severed ties with the company.

Reports from The Associated Press, ESPN and Copeland and Johnson’s social media accounts were used to compile this report.