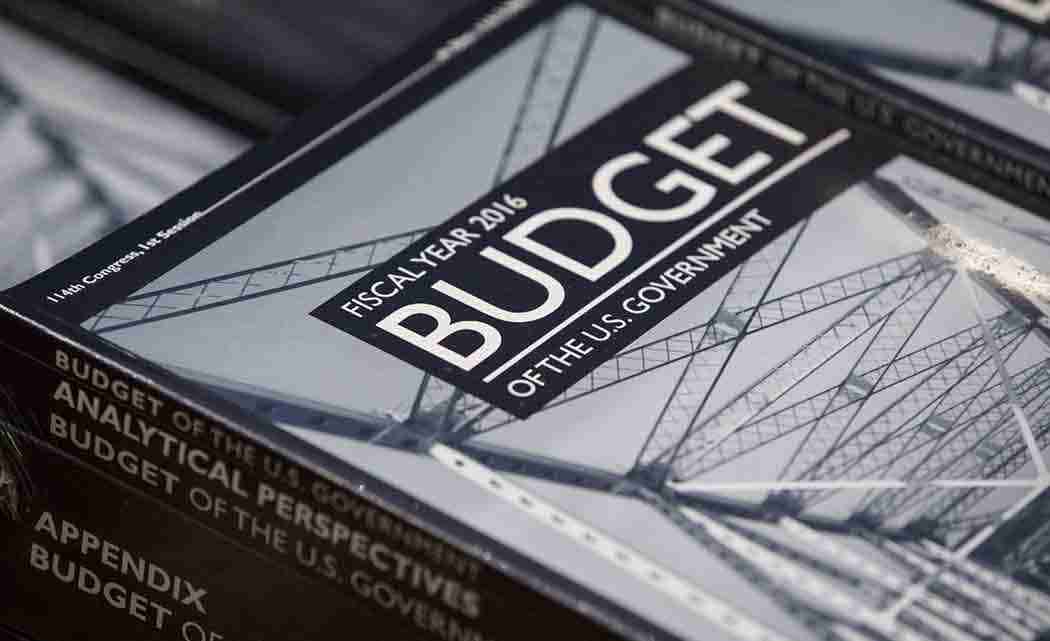 Obama’s budget, which will set off months of wrangling in Congress, proposes spending $4 trillion — $3.999 trillion before rounding — in the 2016 budget year that begins Oct. 1. That’s a 6.4 percent increase over estimated spending this year, projecting that the deficit will decline to $474 billion.

In a message accompanying the massive budget books, Obama said his proposals are “practical, not partisan.” But even before the books were delivered, Republicans found plenty to criticize in tax hikes totaling $2 trillion.

“The president is advocating more spending, more taxes and more debt,” said House Speaker John Boehner. “A proposal that never balances is not a serious plan for America’s fiscal future.”

Boehner and other GOP leaders said that the budget they produce this spring will achieve balance within 10 years, curb the explosive growth of government benefit programs and reform the loophole-cluttered tax code.

In a lengthy run-up to Monday’s budget release, the administration highlighted a number of its proposals, including $320 billion in increased taxes on the wealthy and corporations that would be used to pay for expanded middle class tax breaks.

The budget documents reveal that all the tax increases will total $2 trillion, including a number of proposals Obama has made before to limit deductions the wealthy can take to reduce their tax bill.

Wealthy people would only be able to take tax deductions at the 28 percent rate even if their income is taxed at 39.6 percent and would also see an increase in their maximum capital gains rate to 28 percent instead of 20 percent.

Not all of Obama’s tax hikes would hit the wealthy. His budget also proposes to raise $95 billion over the next decade by hiking the tax on cigarettes from the current $1.01 per pack to $1.95.

Obama’s spending plan would ease tight budget constraints imposed on the military and domestic programs back in 2011 when lawmakers were responding to the public outcry over deficits that were then topping $1 trillion a year.

Obama’s budget calls these caps, known as sequestration, “mindless austerity.” The elimination of the budget caps this will boost spending by $74 billion — divided between the military and domestic programs — in 2016 and would result in a spending increase over the remaining six years the caps were to have been in place of $362 billion.

While many Republicans support easing the budget caps for the military, they oppose reducing the limits on domestic programs. Obama said Monday he would not accept a budget that boosts national security programs at the expense of domestic programs.

“It would be bad for our security and bad for our growth,” he said in a visit to the Homeland Security Department.

The administration said the budget represented a strategy to strengthen the middle class and help “hard-working families get ahead in a time of relentless economic and technological change.”

“This country’s better off than it was four years ago, but what we also know is that wages and incomes for middle class families are just now ticking up,” Obama said in an interview broadcast on Monday’s “Today Show” on NBC. “They haven’t been keeping pace over the last 30 years compared to, you know, corporate profits and what’s happening to folks in the very top.”

Republicans, however, accused the president of seeking to revert to tax-and-spend policies that will harm the economy while failing to do anything about the budget’s biggest problem — soaring spending on government benefit programs.

The administration contends that various spending cuts and tax increases would trim the deficits by $1.8 trillion over the next decade, leaving the red ink at manageable levels.

Congressional Republicans say the budgets they produce will achieve balance and will attack costly benefit programs like Social Security, Medicare and Medicaid.

Obama, interviewed by NBC before the start of Sunday’s Super Bowl game, said he believed there were areas where he can work with Republicans, who for the first time in his presidency control both houses of Congress.

“My job is not to trim my sails and not tell the American people what we should be doing, pretending somehow we don’t need better roads, that we don’t need more affordable college,” Obama said.

Obama’s six-year $478 billion public works program would provide upgrades for the nation’s highways, bridges and transit systems, in an effort to tap into bipartisan support for spending on badly needed repairs.

Half of that money would come from a one-time mandatory tax on profits that U.S. companies have amassed overseas that would be set at 14 percent.

Obama’s budget also called also is calling for a $60 billion program for free community college for an estimated 9 million students if all states participate. It also proposes expanding child care to more than 1.1 million additional children under the age of 4 by 2025 and seeks to implement universal pre-school.

Obama also wants to require estates to pay capital gains taxes on securities at the time they are inherited. He also is trying to impose a 0.07 percent fee on the roughly 100 U.S. financial companies with assets of more than $50 billion.