Rand Paul to run for Senate re-election in 2016 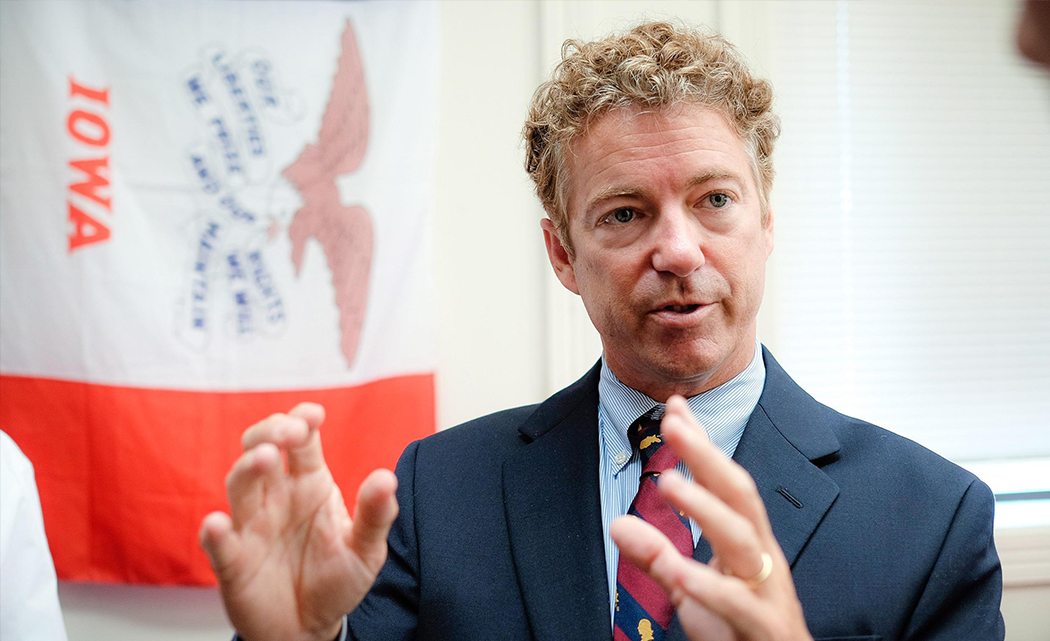 By DAN SEWELL and STEVE PEOPLES

CINCINNATI (AP) — Two prominent Senate Republicans announced Tuesday they would seek a second term in the U.S. Senate, although their announcements had dramatically different implications for the 2016 presidential contest.

Ohio Sen. Rob Portman declared he would not seek the presidency, choosing instead to focus on his Senate re-election. The former White House budget chief and U.S. trade representative said he can play an important role as a member of the new Republican majority in the Senate, where he wants to help break the gridlock that has largely paralyzed Congress for the past two years.

“I just see so much promise,” Portman said during an appearance in Washington on Tuesday. “Getting the majority makes a huge difference. The Senate has been largely dysfunctional — unable to deal with even the most basic issues. And now we have a chance.”

At the same time, Kentucky Sen. Rand Paul announced he would also seek a second term in the Senate, although his team says he could still run for president despite a state law that prohibits running for both offices at the same time.

“There are many options,” Paul senior adviser Doug Stafford said when asked about the state law. “He hasn’t decided on a presidential run yet. He will decide that in the next few months, but in either case he is running for Senate.”

Portman and Paul are two of four senators considering a presidential run. The others, Sens. Marco Rubio of Florida and Ted Cruz of Texas, are still weighing a decision.

In an interview, Portman said he didn’t think he could be as effective as a senator while at the same time running for president. Paul does not necessarily agree.

The Kentucky senator and libertarian favorite has been among the most aggressive potential presidential candidates in recent months, having already begun to hire staff in key states in addition to beefing up his policy credentials. In a Tuesday statement announcing his plans for re-election, Paul highlighted his concerns for broader issues such as foreign policy and “the assault on our civil rights and liberties.”

“I have sought to work with any and all who are eager to find solutions and promote reforms,” Paul said. “I stand with Kentucky in this fight, and I hope to continue together in the task of repairing and revitalizing our great nation.”

Given Congress’ low approval ratings, senators face a tougher road to the White House than the crowd of Republican governors considering a 2016 bid. The last sitting senator to win the presidency before President Barack Obama was John F. Kennedy in 1960.

Portman drew nationwide attention last year when he announced he had reversed his position on same-sex marriage and would now support it. He said the change came after soul-searching on the issue after his son Will, then in college, told his parents that he was gay.

Portman said his decision not to run didn’t revolve around that issue, although some conservatives, including leaders of the National Organization for Marriage, had pledged to oppose his potential bid.

National polls have indicated that support for legal recognition of same-sex marriage is rising, although they also indicate that many Republicans remain opposed.

“Truth is, most people are much more focused on other issues, including jobs and the economy,” Portman said.

Portman said he sees a “broad field of impressive candidates” shaping up among the large number Republicans still considering a run. Portman, who served in the White Houses of both President Bushes, said he chatted Monday with former Florida Gov. Jeb Bush at a Washington fundraiser and that Bush indicated he hasn’t decided yet on 2016.

Bush on Monday said he would make up his mind “in short order.”

Portman, a 58-year-old Cincinnati native, could also resurface in 2016 presidential campaign as a potential running mate to the GOP’s eventual nominee. He was vetted by Romney’s team in 2012 and serves a swing state that’s been crucial for Republicans.

But Portman said that’s not where he’s headed.

“I have been through it,” Portman said. “It’s obviously not something that you run for. But I’m not interested. I’m interested in staying in the Senate.”

Next post Senior GOP senator: Obama has chosen Ashton Carter as nominee to be next defense secretary