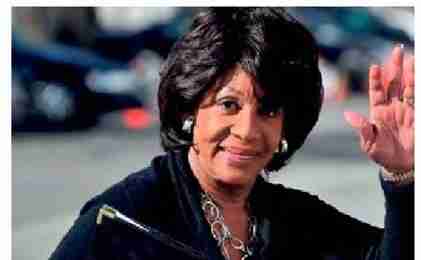 According to reports, Donald Trump’s approval rating is at a historic low for an incoming president. The CNN/ORC poll released Tuesday (Jan. 17) shows that 53 percent of Americans view Trump unfavorably, and of that 53 percent is Rep. Maxine Waters. (D- Calif.) The seasoned congresswoman held nothing back during her interview with MSNBC’s Tamron Hall, and ranted off a plethora of reasons why she doesn’t like, honor nor respect the president elect.

While Trump claims he didn’t make fun of the handicapped reporter, video footage shows otherwise. The president- elect took to Twitter to deny the allegations after Meryl Streep was honored at the Golden Globes, and called out Trump for his distasteful behavior.

Prior to her interview, Waters made it known she’s not attending any inauguration activities. The congresswoman ended her rant leaving no room for doubt about her true feelings.”I don’t honor him. I don’t respect him and I don’t want to be involved with him.”

Next post Afro Palestinians forge a unique identity in Israel