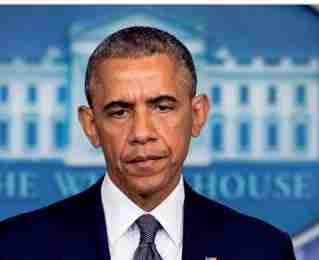 HYANNIS, Mass. – Jesse Barboza remembers looking at the photographs of American presidents on the wall of his teacher’s second grade classroom.

She pointed to them and told the students they could be anything they wanted to be in the United States of America, but Barboza saw only white men, many of them old white men.

That all changed in 2008 when Barack Obama was elected to the nation’s highest office. “I was 22. I remember thinking that the sky is the limit,” said Barboza, a leader in the minority community in Hyannis. “You really can do anything you want to do.”

Watching Obama defeat Republican nominee John McCain was an emotional experience. “For the first time in my life, I was moved to tears,” Barboza said. “I was so happy. It meant so much to me as a black man to see a black man become president of the greatest country in the world.”

Not everyone can be president, but Obama’s rise to the nation’s top elected office demonstrates that anything is possible, said Frank Rhodes, president of the Cape Cod NAACP.

“He’s set a super example for people that they can open the door, walk through it and benefit from it,” said Rhodes, a Falmouth resident.

President Obama has been criticized by the right for his policies on immigration and by minority communities for not doing enough to promote racial equality, particularly early on in his presidency.

“(President Obama) was thwarted in what he tried to do,” said Jackie Hunt, a resident of Oak Bluffs and a member of the executive board for the Martha’s Vineyard NAACP. “Racism came in strong and now that he’s leaving things are coming to a head.”

Purdy and Pamela Chatterton-Purdy have an interesting perspective on race in America. The white couple, married in 1963 during the height of the Civil Rights movement, made a conscious effort to adopt a black child for every biological child they had. They adopted Ronald, a black child, and Hoang Stephen, who is half Vietnamese and half black, to integrate with their two white daughters.

Their journey is detailed by the Harwich Port couple in a book titled, Icons of the Civil Rights Movement: Dispelling White Privilege. The book also chronicles the regular people they met who participated in marches and protests throughout the 1960s. The book includes some of Chatterton-Purdy’s artwork, which is on display at the Zion Union Heritage Museum in Hyannis.

As the parents of children who endured racial slurs and a racially motivated beating that left Hoang Stephen bloodied, they had great hope Obama’s presidency would benefit their adopted children.

During the primary race before his election circumstances forced Obama to confront the issue of race, doing so first in his “A More Perfect Union” speech, delivered in Philadelphia in response to controversial comments by his former pastor, the Rev. Jeremiah Wright.

“After Obama was elected, it was like the scab of racism had been torn off,” Chatterton-Purdy said. “Ugliness has come to the surface. Stuff we wouldn’t believe was there is obviously there.”

She recalled a story of a neighbor who put down her wine glass at a gathering after Obama was elected and made a jaw-dropping comment.

‘“Do they think they can rule over us?’” Chatterton-Purdy recalled the woman saying. “You don’t have to use the n-word to be racist.”

More recently, shootings of black people by police and of police in apparent retaliation have renewed a fierce debate about race in America.

The couple is stunned by the rhetoric and the rancor, particularly from supporters of Republican candidate Donald Trump, who show up at rallies waving a Confederate flag. “Take back America? How far do you want to go?” Purdy said. “Do you want to go back to lynchings? It’s frightening.”

All that hope created by an Obama presidency, all those good vibes about minorities being able to rise to the nation’s top job has been marred by the ugly reality of racism, they say.

It hurts people like Barboza to see Obama’s family described as monkeys and apes.

“I feel like some of the things they say about his wife, his children, it’s pretty brutal,” Barboza said. “It’s been a sad time, especially over the last couple of years.”

The office of the president is disrespected so overtly, people shouting at Obama to shut up in public, spewing hatred in his direction and claiming he was the founder of ISIS, Barboza said.

“It’s sad,” he said. “I didn’t agree with George Bush’s policies, but I can tell you now, if someone was to call him Hitler or Stalin or a tyrant, I would say, ‘Hold on, he’s the President of the United States.’”

Young black people have to get involved in the educational and political system to make a difference, Hunt said.

“You have to be in there and when you speak up you run risk of losing your job, but that’s what you have to do,” she said. “You can’t do it from outside.”

Barboza, who has led an effort in Hyannis to bring the minority community and police together in the wake of recent shooting deaths, is still hopeful.

“I honestly don’t believe this is some lost nation,” he said.