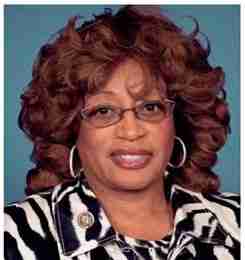 JACKSONVILLE, Fla. – A federal judge on Monday sentenced former U.S. Rep. Corrine Brown to five years in prison on fraud and other charges related to a purported charity for poor students that she used as a personal slush fund.

Brown, 71, was ordered to turn herself in to authorities no earlier than Jan. 8. She represented a Florida district that included Jacksonville during her nearly 25-year career.

Brown, a Democrat who was one of the first three African-Americans to be elected to Congress from Florida since Reconstruction, was convicted by a federal jury in May on 18 of the 22 charges against her, which included fraud, lying on her tax returns and on her congressional financial disclosures.

Prosecutors outlined a pattern of fraud by Brown and her top aide that included using hundreds of thousands of dollars from the One Door for Education Foundation for lavish parties, trips and shopping excursions.

Brown’s former chief of staff, Elias “Ronnie” Simmons, and One Door’s executive director Carla Wiley had accepted plea deals and testified against Brown. They were also sentenced Monday. Simmons was sentenced to four years in prison, followed by three years of probation, and Wiley received a oneyear sentence following by three years of probation. They too were ordered to turn themselves in no earlier than Jan. 8.

Federal prosecutors said the three used One Door to bring in more than $800,000 between 2012 and 2016, including a high-profile golf tournament at TPC Sawgrass.

The Virginia-based One Door only gave out one scholarship for $1,200 to an unidentified person in Florida, according to court documents.

Simmons told jurors that his boss ordered him to take cash and checks from One Door’s account on dozens of occasions and deposit the money into Brown’s personal account.

Brown testified in her own defense, saying she was left in the dark about the details of One Door’s money, and blamed the theft on Simmons.

Her attorneys argued for leniency at a hearing last month, saying Brown’s community work should mitigate her crimes.

Next post US Rep. John Conyers announces retirement from Congress