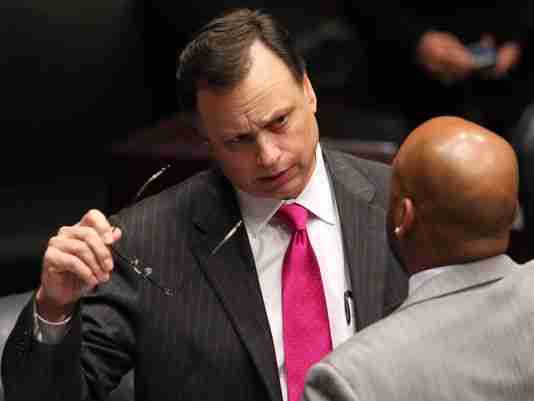 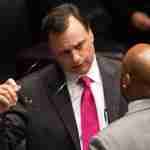 By GARY FINEOUT
TALLAHASSEE, Fla. (AP) – Two Republican state senators tried on Friday to explain to a judge why the GOP-controlled Florida Legislature deadlocked this summer over drawing new boundaries for the state’s 27 congressional districts.

Both Sen. Tom Lee and Sen. Bill Galvano, who each played a key role, testified during the second day of a trial that could decide the state’s political landscape.

After the trial is over, Circuit Judge Terry Lewis is expected to recommend a new map to the Florida Supreme Court. The final map could end the political careers of several incumbents now in Congress.

The Florida Supreme Court in July threw out eight existing districts and ordered legislators to draw new boundaries. But the House and Senate deadlocked in August during a special session over a new map and the session ended acrimoniously.

“I don’t know if we ever reasonably disagreed, I know we disagreed,” testified Galvano, a Bradenton Republican who was in charge of the Senate redistricting committee.

The main sticking point during that special session was the Senate push, orchestrated by Lee, to alter districts in the Tampa Bay region.

Lee, a former Senate president who lives in Brandon, said he pushed for a district that would keep most of eastern Hillsborough County in one district. Lee’s motives, however, were questioned because the resulting map removed incumbent U.S. Rep. Dennis Ross, a Republican, from that district and instead put him in an adjoining district.

Lee testified, however, that he had no plans to seek a seat in Congress for himself and said he did not push for changes to benefit himself. He told reporters outside the courtroom that “there’s nothing wrong with legislators going in and trying to amend the map.”

“I realize everyone’s seeing ghosts here because of what we have been through,” Lee said.

Voters in 2010 approved the “Fair Districts” measures that say legislators cannot draw districts intended to help incumbents or a member of a political party. A coalition of groups, including the League of Women Voters of Florida, challenged the map adopted by the Republican-controlled Legislature in 2012. The lawsuit eventually led to a stinging ruling where the Supreme Court said legislators had allowed the process to draw districts to become “tainted” by the involvement of GOP political operatives.

Because the Legislature failed to pass a new map this summer Lewis is going over seven different proposals that have been submitted to him by the House, Senate and the groups that sued. He has already said he may recommend a “combination” of all the different maps.