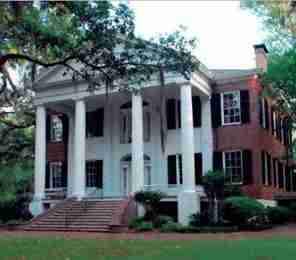 TALLAHASSEE, Fla. – After repeated delays, the mansion that was once home to one of

Florida’s most well-regarded governors is finally going to swing open its doors to the public.

The Grove, a historic house that symbolizes much of the state’s terrible past and transformation, will have its grand opening in March following an extensive renovation that cost taxpayers nearly $6 million.

Hidden behind live oaks and magnolias near the Florida Governor’s Mansion, The Grove was built by one of Florida’s early territorial governors using slave labor. It would later serve as home to Gov. LeRoy Collins as he tried to shepherd the state through the civil rights era.

The opening will be on March 11 – or one day and 108 years after Collins was born.

“The grand opening of The Grove is the culmination of more than six years of work to rehabilitate this historic home and transform it into one of the nation’s premier interpretive history museums of its kind,” said Secretary of State Ken Detzner.

Richard Keith Call, an officer on Gen. Andrew Jackson’s personal staff, modeled his home after Jackson’s Hermitage in Tennessee and is believed to have finished building it by 1831. The mansion features a wide main hallway found in many Southern homes, pinewood floors and a winding cypress staircase.

Call was living at The Grove when he reportedly chastised a group when they came to tell him Florida had voted to secede from the United States. Almost a century later, another owner of the Grove would have to confront the turbulence of the civil rights era.

Collins, who married Call’s great-granddaughter Mary, entered office in 1955. He would earn a reputation for trying to chart a moderate course on race relations instead of adopting the confrontational stance of other Southern governors. He blasted state legislators when they passed an “interposition” resolution in 1957 contending the U.S. Supreme Court decision ordering the desegregation of schools to be null and void in Florida.

The state paid more than $2 million in the ’80s to acquire the 10 acres and the mansion, but it included a provision that the state would not physically begin work on the property until Mary Collins died. Former Gov. Collins died in the home in 1991; his wife passed away in 2009. Both are buried on the estate.

Initially the mansion was supposed to open to the public in the fall of 2014. But it was delayed amid lawsuits with an adjoining property owner and allegations of wrongdoing among top employees overseeing the project.

An inspector general’s report from late 2015 recommended that employees overseeing the project be fired for failing to keep Detzner’s top aides aware of delays in developing panels and displays for the museum. One of those officials resigned shortly after the critical report came out.

Meredith Beatrice, a spokeswoman for Detzner, said in 2016 state officials concluded that additional outside improvements and security enhancement were needed before The Grove could open. These included reconstruction of the front porch and paving of the visitor parking lot.