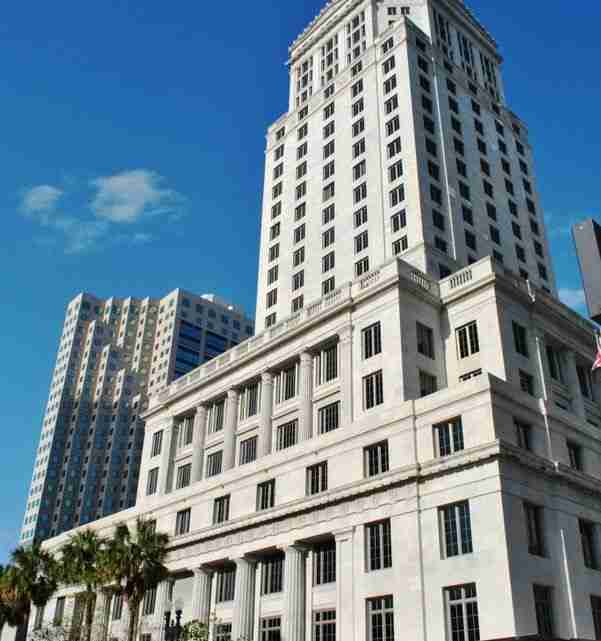 TALLAHASSEE, Fla. Across the nation, 152 children under 12 were accidentally shot and killed, by either self-inflicted gunshot wounds or by another child, from 2014 through 2016. Seven of those cases were in Florida.

The Associated Press and USA Today researched the accidental shootings nationwide and found a difference in how law enforcement handles the cases, from no charges filed at all, to prison time for people who leave guns in places were children could access them. The same scenario has unfolded in Florida, where one sheriff said the death of the child was punishment enough, while others faced felony charges.

In Florida, it is illegal to store a loaded gun in a place where someone can reasonably expect a minor to gain access to it without a parent or guardian’s knowledge. The law requires loaded weapons be stored in a locked box or have a trigger lock.

Here’s a look at the Florida cases: Three-year-old Zuri Chambers shot herself between the eyes with the Kel-Tech 9mm handgun her father, Thomas, 41, left on a living room table in their Palm Beach County home as he was getting ready for work in February 2014. He told officers he hadn’t thought the girl was strong enough to pull the trigger, which requires 10 pounds of pressure. Chambers and his wife also told investigators the girl was found playing with the gun on two other occasions, including once when her mother woke to find the girl pointing the gun at her.

Thomas Chambers was sentenced to 10 years’ probation after pleading guilty to manslaughter.

Two-year-old Sheldon Salter Jr. accidentally killed himself with his father’s Glock handgun, which he found under his parents’ mattress after they sent him into the bedroom to get a clean diaper while they watched television in March 2014. The 28-year-old father was charged with culpable negligence for allowing a minor access to a gun resulting in death. He was sentenced to a year in jail and three years’ probation.

Three-year-old Robert Gaines Jr. shot himself in the face with his uncle’s gun while visiting his grandmother in Tallahassee in December 2014. Jaleel Taylor, 20, was sentenced to three years in prison on various charges, including culpable negligence for leaving a loaded firearm within access of a minor. The .380-caliber semiautomatic pistol had its serial number scratched off.

Two-year-old Kaleb Ahles shot himself in the middle of the chest after finding his father’s loaded .380-caliber handgun in the glove compartment of his parents’ car as they were moving out of their home in January 2015. The parents weren’t charged; Pinellas County Sheriff Bob Gualtieri said losing their child was punishment enough.

Eight-year-old Christopher Scurry Jr. was killed when his 12-year-old brother accidentally shot him while visiting their grandparents in Port Orange for the summer in July 2015. The older brother found the gun in an unlocked filing cabinet in the garage while the grandparents were out of town for the weekend, local media reported. The grandparents, Robert and Sabrina Potter, are charged with culpable negligence by leaving a loaded firearm within access to a minor, a felony. Investigators said the gun was reported stolen years earlier. The case is ongoing.

Four-year-old Amirra Jacques shot herself in the head with a .40-caliber Glock semi-automatic handgun she found on a bed in September 2016. Her uncle, Nathaniel Lowe, 26, and a 16-year-old were charged with culpable negligence by leaving a loaded firearm within access to a minor. Lowe also is charged with being a felon in possession of a firearm, grand theft of a firearm and tampering with evidence.

The teenager is charged with perjury and tampering with evidence after hiding the gun in the neighborhood, according to police records. The case is ongoing.

A three-year-old girl was fatally shot by her eight-year-old brother with a .22- caliber rifle in their parents’ closet in Pensacola in December 2016. Deputies found two other long guns, ammunition in a cloth basket that also held toys, and a multitude of drugs and drug paraphernalia. The state attorney’s office decided against charging the parents in the girl’s death and is still investigating the drug case, the Pensacola News-Journal reported. The newspaper withheld their identities because no one has been charged.

Previous post Black Wall Street: The cause of the riot