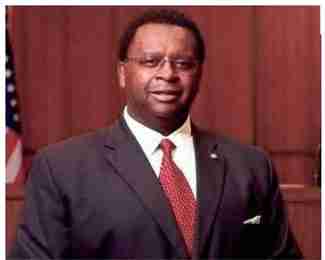 Historic black colleges and universities (HBCUs) have made it their mission to offer higher educational opportunities to many students of color whose families either cannot afford or have (not) received a college education. Florida A&M University is no exception, which is why Senate Bill 2 troubles me.

SB 2, The Florida Excellence in Higher Education Act of 2017, is a bill making its way through the Florida Legislature that will change the way the state funds public colleges and universities whose students take longer than the traditional time to graduate.

If the bill becomes law, FAMU and other state colleges and universities that have high concentrations of black and Hispanic students will have a harder time obtaining state funding because of the bill’s more punitive “on-time” performance standards governing college completion rates.

Don’t get me wrong. I’d like to see more of our students graduate on-time. In an ideal world, two or four years should be sufficient to get an associate’s or undergraduate degree. However, students of color attending FAMU and other colleges and universities in Florida don’t live in an ideal world.

Today’s college student is older than in previous generations. They also juggle other responsibilities, like jobs and family obligations. And the cost of a college education continues to be a challenge as household income remains a key factor in determining if a young person stays enrolled and graduates.

“A 2014 report by the College Board clearly shows a majority of students attending two-year or four-year institutions don’t graduate in what most of us think of as “on time.”

A 2014 report by the College Board clearly shows a majority of students attending two-year or four-year institutions don’t graduate in what most of us think of as “on time.” Just 12 percent of FAMU’s full-time students completed their undergraduate requirements in four years, according to the College Board analysis, which used federal data collected between 2009 and 2012.

Graduation rates at Florida’s state colleges weren’t much better. On average, roughly 35 percent of the students in state colleges finish their programs on time. Ironically, the Florida statistic exceeds the national average. Still, that’s not a great consolation prize for the Sunshine State.

The numbers are discouraging, but they are readily understandable when you consider the number of students attending state colleges and universities who need financial assistance to stay in school.

Unfortunately, grants – particularly scholarships based on financial need — haven’t kept pace with demand. At a time when many students attending Florida colleges and universities bear a greater burden in paying for their education, the Florida Legislature comes up with a reform that quite frankly misses the mark.

Imposing an arbitrary graduation performance standard won’t help our students, or the colleges and universities they attend. What’s needed is greater flexibility in course scheduling and selection, more “need-based “financial aid and new incentives to help our institutions of higher learning help their students.

Next post The politics of blackness: Rappers lash out at POTUS