They have a right to be offended by national symbols 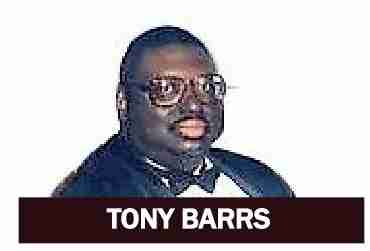 Blacks and Native Americans have a perfect right to be offended by the American National Anthem and Flag, respectively. Humor me and take a minute to truly consider the legitimate history regarding the National Anthem also known as “The Star- Spangled Banner.”

Originally, this poem was written by Francis Scott Key titled, “The Defence of Fort McHenry” on September 13, 1814. Key was trapped aboard a British ship negotiating the release of a prisoner (not a slave), while British warships were bombing the Baltimore, Maryland harbor at Fort McHenry for over 24 hours. Key realized that if the slaves made it to the British ships, they would gain their freedom.

Unfortunately for the enslaved, the next day Key saw the “dawn’s early light” and the large US garrison flag was still standing. The Americans managed to survive the battle and defeat the British.

This poem celebrated the American victory and forewarned the slaves that they would be duly punished for conspiring with the British to escape bondage. His original words read, “No refuge could save the hireling and slave from the terror of flight, or the gloom of the grave: And the star-spangled banner in triumph doth wave O’er the land of the free and the home of the brave.” What is even more bizarre is discovery that the tune is a sample of a drinking song called “Anacreon in Heaven” composed in the 1770’s by John Stafford Smith, which was swiped from 6th Century Greek poet Anacreon.

Francis Scott Key was a slave-owning racist lawyer from an old Maryland plantation family whose riches derived from the bounty of the slave industry. Key once stated that Africans in America were “a distinct and inferior race of people, which all experience proves to be the greatest evil that afflicts a community.” It should be noted that Key died defending his belief that the institution of slavery should remain legal forever. Therefore, the National Anthem should not be acknowledged in any public American setting.

Now, I ask you to consider the actual meaning of the colors of the flag. As you are about to read, this could be regarded racist as well.

On June 20, 1782 when the flag was approved by the Continental Congress, Charles Thomson who served as secretary,articulated the significance of the colors as follows: white represented purity and innocence as well as lack of guilt or sin; red was for hardiness and valor; while blue stood for vigilance, perseverance and justice. The 13 red and white stripes represent the 13 colonies which all thrived from the institution of slavery slated to have begun in 1619, over a century before the flag was ratified. Since this is a fact, how could the flag represent purity, innocence and justice? There exists no federal law, resolution or executive order providing an official reason for the colors or their real meaning.

Before you judge people as unpatriotic and disrespectful to our military, ponder the thought that before America can truly unite it must have national symbols reflecting the same. The time has come where we must seek legislation to design a new flag and compose a National Anthem that truly embodies freedom, liberty, justice and equality for all American citizens.