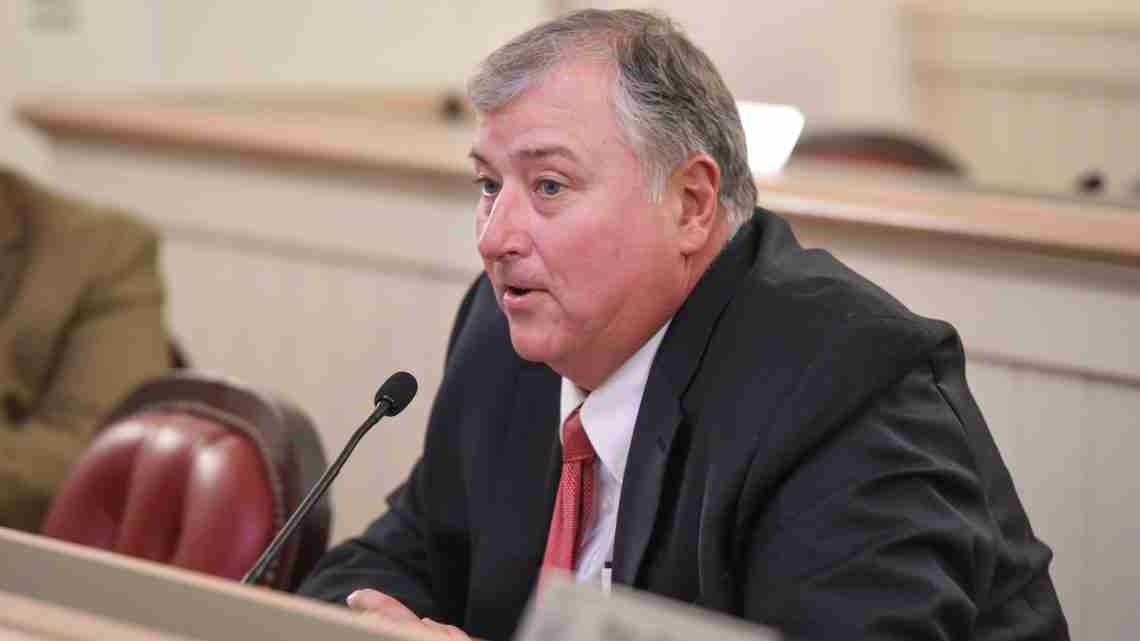 The political fortunes of a top Republican in Ohio came crashing down Tuesday.

House Speaker Larry Householder was arrested for his alleged role in a $60 million bribery case.

Householder and four associates were charged with racketeering in what is “likely the largest bribery, money laundering scheme ever perpetrated against the people in the state of Ohio,” U.S. Attorney for the Southern District of Ohio David DeVillers said in a news conference Tuesday.

FirstEnergy Solutions, later renamed Energy Harbor Corp., paid $60 million from 2017 to 2020 to a dark-money “enterprise” controlled by Householder in exchange for the speaker’s help in passing a billion-dollar bailout that saved two of the company’s nuclear power plants from closing, according to the 80-page criminal complaint. The company received billions in subsidies over the past two decades before lawmakers approved the billion-dollar bailout in 2019.

The “enterprise” spent millions of dollars backing House candidates whom Householder believed would support his speakership bid and a bailout for the company, the criminal complaint says. Householder won the speakership in January 2019 and the bailout was passed in July 2019, though it did not go into effect until October.

FirstEnergy Solutions and Householder’s “enterprise” also worked in tandem to defeat a statewide ballot initiative seeking to overturn the legislation.

“This was bribery, pure and simple. This was a quid pro quo. This was pay to play,” DeVillers said, adding that Householder and his associates also used the money to enrich themselves.

Federal authorities have been secretly investigating the alleged racketeering for more than a year, he said.

“We are not done with this case,” DeVillers said, indicating that more witness interviews and subpoenas are forthcoming. “As of this morning, there are a lot of FBI agents knocking on a lot of doors, asking a lot of questions.”

Householder has long been a household name in Ohio politics, serving in the lower chamber from 1997 to 2004. He first held the speakership from 2001 to 2004. He faced allegations in 2004 that he engaged in corrupt activity, though he was never charged.

Illinois’ House Speaker Michael Madigan, a Democrat, was also linked to a bribery scheme. Prosecutors alleged in a criminal complaint released Friday that the state’s largest utility company paid more than $1.3 million in bribes to his allies. Madigan has not been charged with any wrongdoing.