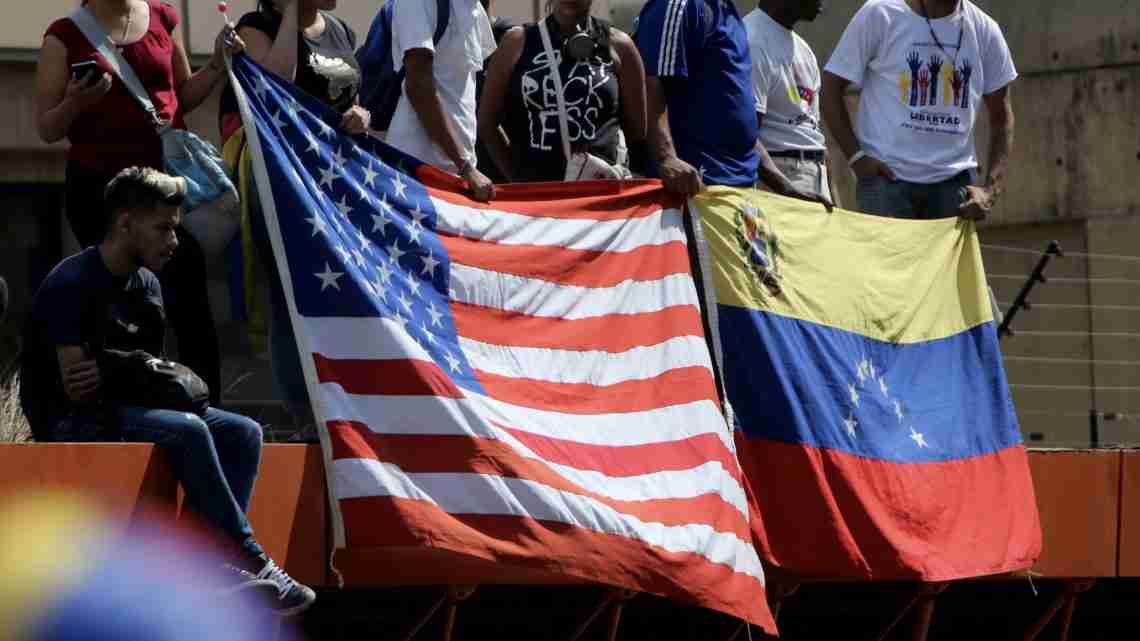 As Americans cast early votes in their presidential election, Venezuelans living in the U.S. are keeping a close eye on events.

In the wake of political turmoil in their own country – over disputed President Nicolás Maduro and his U.S. backed challenger Juan Guaidó – many Venezuelans believe that the U.S. presidential election will significantly affect their fate. They recognize that the policies of the U.S. government may well determine the trajectory of a transition to democracy in their country.

“We cannot do it alone,” said Guaidó, the leader of the opposition and interim president, elected by the National Assembly in 2019, who is not recognized by Maduro. The next assembly elections in Venezuela are set for Dec. 6.

Venezuelans are divided in their political opinions, with those who back a victory by incumbent President Donald Trump believing that if former Vice President Joe Biden is elected on Nov. 3, Venezuela’s hope of  a return to democracy will die.

On the other hand, those supporting Biden believe that if Trump is reelected, the turmoil in Venezuela will continue and Maduro would remain in power.

Both Trump and Biden’s campaigns are delivering messages comparing each other to the dictatorial regime in Venezuela, which may explain why Venezuelans are so divided among themselves.

In an appeal to voters in Florida in 2019, Trump reiterated his message denouncing socialism, aimed at the far-left wing of the Democratic Party: “To those who would try to impose socialism in the United States, we again deliver a simple message: America will never be a socialist country.”

Florida has the largest Venezuelan community in the United States.

Trump’s 2020 reelection pledge states, “From the Soviet Union, to Cuba, and now Venezuela, the past 100 years of history are littered with examples of the true cost of Big Government Socialism.”

“Donald Trump is a populist leader like Hugo Chavez was. He is a populist, demagogue leader who only cares for his interests, not for democratic principles. That is the reason why he promotes division,” said Diego Scharifker, a former Caracas city councilman and co-founder of Venezolanos con Biden (Venezuelans with Biden). “That kind of personality provokes love and hate, and Donald Trump enjoys that division. If you disagree with him, he thinks you are against him, and that reminds me of Hugo Chavez.

“Republicans just stopped the TPS (Temporary Protected Status) for Venezuelans again, showing that they don’t care for Venezuelans, but they use Venezuela as a political subject to win in Florida,” said Scharifker.

Ackerman sees the TPS differently. “If we ask for the TPS, then we don’t think that we can find a way out for Maduro, so the TPS doesn’t make much sense,” Ackerman said.

“I would like to know how TPS will help the 30 million Venezuelans that are stuck in Venezuela. It would not help in any way,” he told a TV station in St. Petersburg, Florida, in January.

Ackerman blames Democrats for Republicans’ refusal to approve the TPS.

On Sept. 16, Menendez’s bill to grant TPS to Venezuelans by unanimous consent was blocked by Sen. John Thune, (R-South Dakota) on behalf of Senate Republicans.

“Introducing a law 50 days before general elections is an electoral game. If Democrats wanted the TPS approved, they would have given more time to discuss,” Ackerman said.

Scharifker said, “Republicans only make excuses, but they could have approved the TPS for Venezuelans if they wanted to help Venezuelans.”

Beyond the different points of view on ideology or personality, Venezuelans also think that the candidates’ political approach toward Venezuela could make a big difference.

“When Biden says that he will continue Obama’s policies on Cuba and Venezuela, we can’t forget the failure of those policies,” said Ackerman. “Obama endured Maduro by opening dialogue, rigged elections, and visiting Cuba to give Castro’s regime everything and ask for nothing in return. Biden will go to Venezuela to negotiate with Maduro.”

Scharifker said that Trump’s strategy was successful initially, leading many countries in recognizing Guaido as the rightful president of Venezuela, but that his policy has turned into a failure.

“Trump has broken the international alliance around Venezuela. When he says that all the options are on the table, insinuating a military intervention, other allies like the European Union and the Lima Group, part ways with the alliance. Maduro is stronger today than four years ago,” said Scharifker.

Eduardo Gamarra, a professor of political science at Florida International University, said U.S. policies toward Venezuela have remained constant over the years.

“Despite the very personal approach of Trump in international affairs, the United States’ policies in Venezuela are extraordinarily continuous since the moment George W. Bush imposed the first sanctions in 2006. Since that moment, sanctions have evolved under the idea that Venezuela’s government is no longer a democratic government but a group of persons linked with narcos, organized crime. ”

Former president George W. Bush in 2006 banned arms sales to Venezuela, accusing Chavez of terrorism. Former president Barack Obama in 2015 declared Venezuela a threat to U.S. national security and sanctioned seven high-ranking military members. President Trump sanctioned many other government officials and relatives of Maduro, and in 2019, he ordered a freeze on all Venezuelan assets in the U.S. and barred transactions with Venezuela’s government.

“Besides the sanctions, there are no different elements on the United States’s policies other than hard words, but words are not policies,” said Gamarra.

Venezuelans believe that regardless of who is elected in the U.S., the president could make a difference in Venezuela.

“President Trump may use his leadership in the region to build a peaceful army. It has to be military intervention because Venezuelans can’t fight alone against a regime that is intimidating us,” said Ackerman. However, he recognizes that this has to be a joint venture with other countries.

Scharifker thinks that the international alliance has to have a diplomatic approach. “It is necessary to keep the pressure. However, sanctions are not a goal, but a means. We need a mechanism to negotiate a transition in Venezuela. Biden can bond those alliances around Venezuela, as he did during the crisis of the Ebola to avoid a pandemic,” said Scharifker.

“We also need to have Russia, China, Iran and Cuba out of Venezuela. Biden said he would initiate communication with Cuba, which is different from relations, but that approach can unlock the game in Venezuela.”

Gamarra is not as optimistic about a possible change in strategy, no matter who gets elected.

“Russia has an interest in Venezuela, and I don’t think Trump is going to provoke a confrontation against Putin, so I don’t see military intervention in any way. On the other hand, Obama thought that getting closer to Cuba was going to help to humanize Venezuela, but that approach didn’t work either,” he said.