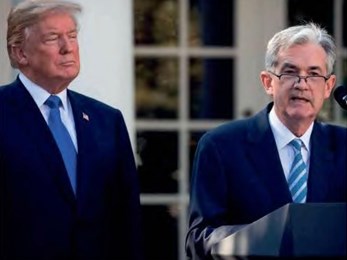 WASHINGTON (AP) — Federal Reserve Chairman Jerome Powell is suggesting that U.S. job growth since early last year might not have been as robust as thought, a hint that the Fed may be ready to keep cutting interest rates to support the economy. Powell says revisions to the government’s jobs data indicate less upward pressure on wages and inflation, thereby potentially allowing the Fed to continue reducing rates. The Fed has cut rates twice this year and is expected to ease again later this month.

Next post ALLBIRDS, A SHOE BRAND BORN ONLINE, TO