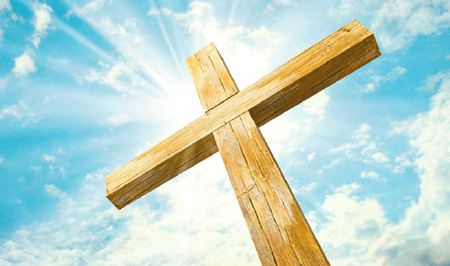 “For through the law I died to the law so that I mighty live for God. I have been crucified with Christ and I no longer live, but Christ lives in me”. Galatians 2:19-20

This week I gained a renewed appreciation for this “Prayerful Living” column. Our world needs it and a lot more prayer, because (to me) it is clear God wants us to prayerfully choose justice, over religious dogma.

We need prayer for our views of God and our respective religious beliefs and practices, because too often our practices end in efforts to eliminate some of God’s Children. Our hate filled words have led to increases in violence and murderous actions and tragedies, like the massacre of 49 souls in Orlando.

In Orlando, we learned another lesson, wrong desires expose us to continual vexations. Those inclined to fret over things; however, small or large, and regardless of how well off we are, can find things to fret over.

Just a week earlier, we also lost Muhammad Ali, perhaps the world’s most famous Muslim. I’ve been praying about that too, his death and funeral brought positive attention to the Islamic faith, and to many other faiths as well.

As a conscientious objector, Ali choose to fight in court, as opposed to dying a violent death in a Vietnam jungle. Despite what some think about the Muslim religion, Ali was a man of great faith, in life and death, he was a ‘faith-filled’ and a faithful Muslim.

Muhammad Ali, at the height of his boxing career, choose justice. He forfeited millions in prize money, to stand up for his faith and religion, Ali chose justice over money!

Ali was full of compassion, conviction and had a great self-concept. Some thought him arrogant, when he prophecied, “I Am the Greatest.” “What do you think now?

Those who have true faith, regardless of their religion, live by that faith; and fasten their faith to its principles and practices. Christians, believe we are to choose justice, remembering Christ did so, when He gave His life for us, and we are to do the same.

The Orlando incident, also showed the power of evil, and the need for us, to prayerfully commit our lives and desires to the goodness of God. We will not always be innocent, and we may not always feel secure; but we can always rejoice, because one day, God is going to get justice.

Paul in his letter to the Galatians says, “My ego is no longer central. It is no longer important that I appear righteous before you or have your good opinion, and I am no longer driven to impress God, because Christ lives in me“. Galatians2:19-20a MSG

Christ’s death destroyed ‘the wall’ between Jews and Gentiles. God wants peace and justice, not walls between His children. In Galatians 2, the observance of the Law of Moses, was no longer in force; and Peter’s offending the Gentiles, was meant to publicly appease Jewish elders, so Paul publicly corrects Peter, and who quickly falls in line.

There is a big difference between Paul’s prudence in this passage, and his former actions as Saul, when he brutally enforced Mosaic Law. But Peter’s conduct in, withdrawing from hanging out with the Gentiles, when the Jewish elders came, was to Paul, leading some to think the old Jewish ceremonies were still O.K. and necessary.

So what is the nature of grace? God’s grace cannot withstand man’s actions based solely upon merit. Grace is not grace, unless it’s freely given in the way God gives it. The more believers rely upon their faith, or in Christ for things, the more devotedly we walk before God, and the more comfortably we can walk in God’s Laws.

My prayer is for Christ’s love and peace, and that Christ will live in all people. He is still alive, by faith and belief in Him, as the Son of God, we can choose justice.

Work done in His love, causes real obedience, and it’s His love that changes us into God’s Holy image. Thus, regardless of our religion we don’t abuse God’s grace, or take God’s name in vain! “Prayerfully: God wants us to choose justice”. Christ’s love can cause even a Muslim, like Muhammad Ali, to be a ‘peace maker’ between all religions!