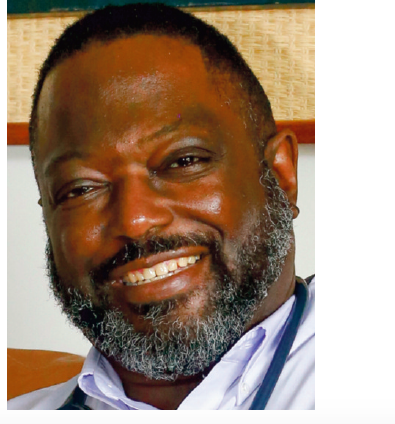 On that Saturday night/Sunday morning I awoke suddenly around 2:00 a.m. I felt a strange anxiety and found it difficult to get back to sleep despite my best efforts. I finally dozed off and awoke at 7:00 AM with the intent of lounging and luxuriating for 30 minutes before arising as usual on a Sunday morning. Unfortunately this Sunday morning was not usual.

I awoke to the news of the shooting at the Pulse Night Club in Orlando, Florida. Hearing that 49 people had been killed along with 53 injured was to say the least unsettling. I was sad, but at the same time raging with anger and resentment. This time it was different. This was more than just another mass shooting, which have become all too common over the years.   I guess this time it hit too close to home, literally and figuratively.

Though the circumstances of the tragedy were still unfolding, I knew deep down this was more than a case of radicalization of some sad, demented individual. This was so savagely calculated there had to be some personal angle. It turns out self- loathing was apparently a significant factor in the shooter’s decision to take so much from so many.

Whether it was a case of being fed up or the ignition of a sense of self preservation, I felt the need to stand up and do something. I had nothing to contribute to the public discourse on gun control and terrorism, which I and many others had not already previously said. I decided I had to do something. So the question is now what would I do?

We all grieve in our own way. I am not one to attend candlelight vigils, laying flowers and stuffed animals at a memorial site or participate in well-meaning but endless social media post.   I need more concrete actions to feel I am actually contributing to a solution and not just participating in a public display of grief and hopes of healing. I found that opportunity to do the right something for me while attending church. They were seeking volunteers to represent the church by marching in the Stonewall Pride Parade the following Saturday.

On the day of the parade, I was having a conversation with the pastor. He thanked me for participating and shared we would be a smaller group than expected because several members mentioned they were afraid to participate in or attend the parade. Being afraid in the climate of fear and uncertainty of the preceding week was completely understandable, if not prudent. But it is said that all it takes for evil to triumph is for good men to do nothing. I like to think of myself as one of the good men who chooses to do something.

I was given the honor of leading our contingency, carrying the church’s banner along with the pastor. We marched in a group 14 strong for a mile and a half in the heat and thunder-showers of a June afternoon. The presence of law enforcement was just short of oppressive, so concerns of safety were somewhat allayed. As we marched and waved to the onlookers, estimated to be at least 40,000, we repeatedly heard the well wishes of the crowd. Exclamations of “Thank you!,” “God bless you!” and people reaching out past the barriers to touch us occurred all along the route. I gave so many fist bumps my knuckles were sore by the end of the parade.

For those three hours on that Saturday afternoon, I and everyone at that parade, participants and attendees, were part of a collective symbol and demonstration of hope and love. Sometimes things are not a matter of courage as much as they are of conviction. So, what did I do to stand up in the aftermath of the Orlando Massacre? I participated in the Stonewall Pride Parade and shared that experience with you.

What happened at Pulse could have happened anywhere and to me for the very same reasons. Often time’s people feel insulated from tragedies because they can’t relate to the victims, not having a common connection or knowing anyone like them. Well, you no longer have that excuse because you know me.

Some of you have known me for all or most of my life and some not very long at all. Some of you may be affirming while others disapproving. I truly ask for neither. I ask just that you find in yourself the ability and grace to relate to those who lost their lives that night as you relate to me. In asking that from you, I realize my request for understanding may be a battle of conscious, spirituality, and beliefs. Please realize all change begins with the acceptance of knowledge. So now you know and knowing is half the battle.