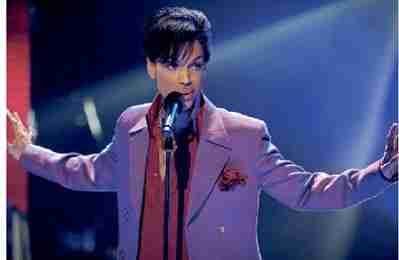 MINNEAPOLIS (AP) – Fans of Prince expecting his usual pyrotechnic guitar work will be surprised that one of the first official albums released from his fabled vault since his death more than two years ago showcases his jazzy piano playing.

“Piano & A Microphone 1983” is just Prince noodling at a piano and singing “Purple Rain” and eight other songs in a one-take recording made at his home studio 35 years ago. Warner Bros. Records releases the album on CD, vinyl and digital formats Friday.

Recorded on a simple cassette, the 35-minute worktape brings the music of Prince full circle, said Troy Carter, adviser to the Prince estate. Prince was on his solo “Piano & A Microphone” tour when, at age 57, he collapsed and died of an accidental fentanyl overdose in his Paisley Park home and recording complex in suburban Minneapolis on April 21, 2016, a week after a concert in Atlanta.

“It was just mind-blowing listening to this raw, simplistic performance,” Carter recalled. “It just felt like the right next move to let the world hear this version of it.” He calls it “a jam session” intended for music lovers, not super fans.

Except for a few gaps, the tape sounds clean and is presented start to finish as Prince recorded it in his now-demolished home in Chanhassen, Minnesota, the year before his 1984 hit movie and soundtrack “Purple Rain.” Prince runs through “17 Days,” the B-side to his hit single “When Doves Cry,” a quick “Purple Rain” – later to become his signature guitar anthem – Joni Mitchell’s “A Case of You,” “International Lover” from his 1982 album “1999” and “Strange Relationship,” not officially released until his 1987 album “Sign `O’ the Times.” Prince pounds out chords and breaks into improvisational riffs, running up and down the keyboard while singing in a strong, clear voice.

A highlight is Prince’s passionate singing of “Mary Don’t You Weep,” an African-American spiritual featured over the closing credits of Spike Lee’s new movie “BlacKkKlansman,” about a black Colorado policeman who infiltrates the Ku Klux Klan in the 1970s.

Carter said he played the song for Lee when the director invited him to an early edit of the movie.