Probe: No bias by TSA supervisor, but profiling concerns 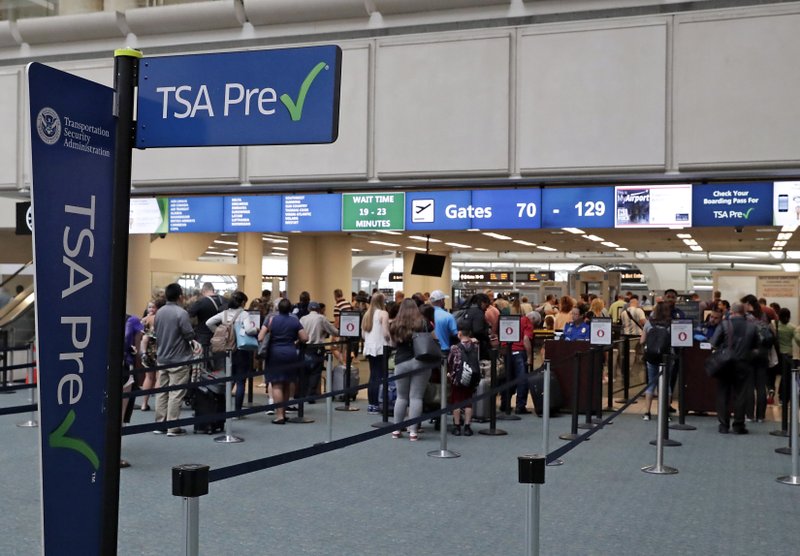 ORLANDO, Fla. (AP) – Investigators were unable to corroborate specific allegations that a Transportation Security Administration supervisor instructed air marshals to racially discriminate against passengers at Florida’s busiest airport.
But investigators for the Department of Homeland Security’s Office of Inspector General uncovered other concerns about racial profiling of passengers by other TSA supervisors at Orlando International Airport, according to a report sent to lawmakers last week.

The Office of Inspector General launched the investigation a year ago at the request of U.S. lawmakers after three air marshals went public with the discrimination allegations about the supervisor.

The air marshals making the allegations said their concerns were raised while doing behavior detection exercises in which they would mingle with passengers, looking for suspicious behavior.

If they saw someone who looked suspicious, that person would be flagged for further screening at the airport’s checkpoints. Those officers would then enter into a computer system a report detailing the behavior that raised concerns, how the case was resolved and the passenger’s flight number. But the person’s name wasn’t entered, according to the Inspector General’s report.

Some supervisors – other than the one being investigated – told officers to pay attention to African American or Hispanic travelers with tattoos, “baggy clothes” or “gaudy jewelry” for potential additional screening, a half dozen officers told investigators.

“Most people who the supervisors flagged fit this description,” the officers told investigators.

Because most of the officers’ reports on additional screenings at Orlando International Airport didn’t include information about race, investigators were unable to draw a conclusion from the data on whether there was racial profiling by the other supervisors, the Inspector General’s report said.

The investigators also couldn’t find supporting evidence that the supervisor under investigation had told air marshals to target African Americans from 2005 to 2010.

One officer told investigators that the supervisor would tell other officers to watch certain passengers for possible referrals, and she believed those passengers tended to be minorities, but she said she never heard the supervisor explicitly mention race in his instructions.

Officers told the investigators that they were under pressure to refer more travelers for the extra screening to demonstrate the performance of the behavior detection program. The TSA has curtailed the program in the past five years following criticism about its scientific basis and the ability of the agency to evaluate its effectiveness.