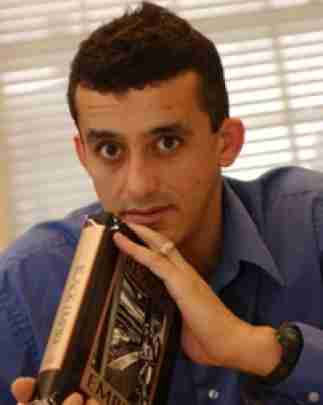 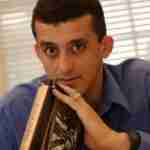 CLAREMONT, N.H. – A Dartmouth College professor has been arrested on charges of possessing videos containing images of child sex abuse.

The Valley News reports that 49-year-old J. Martin Favor was released on personal recognizance bail of $10,000 after a court hearing on Friday. No plea was entered. He was arrested at his Plainfield, New Hampshire, home on Thursday.

Dartmouth says Martin has been placed on paid administrative leave and banned from campus.

The English and African Studies professor has worked at the school for 22 years and formerly chaired the African-American studies department.

His Dartmouth website directory page identifies him as an associate professor of English whose “primary interests” are in 20th-century African-American fiction, cultural studies and “theorizing identity.”

A college spokeswoman said in an emailed statement Friday that Favor has been placed on paid administrative leave and banned from campus.

“We have no reason to believe that the charges he faces have any connection to his employment at Dartmouth; however, we have notified him that he is prohibited from entering Dartmouth property,” said Diana Lawrence, director for media relations.

The complaints allege that the offenses of possessing the videos took place at Favor’s home.

Favor’s attorney, Charlie Buttrey, declined to comment directly on Favor’s response to the allegations during a phone interview Friday afternoon. Buttrey said he had been retained shortly before the morning’s arraignment, which Buttrey attended via teleconference.

“I am grateful to be part of a judicial system that presumes innocence,” Buttrey said.

Attempts to reach Favor at his home and via email on Friday were unsuccessful.

Favor’s conditions of release preclude him from having unsupervised contact with minors under the age of 18, according to court documents. He also cannot travel outside New Hampshire, among other conditions.

Roberts said Favor was taken into custody without incident and held overnight at the Sullivan County House of Corrections until his arraignment.

Roberts said the investigation was overseen by the Internet Crimes Against Children Task Force Program. Homeland Security and New Hampshire State Police also were on scene.

Attempts to reach officials on the case from the Internet Crimes Against Children Task Force Program were unsuccessful.

The Friday morning hearing was prosecuted by a state police trooper. It was not clear on Friday who would prosecute the case going forward.

Sullivan County Attorney Marc Hathaway declined to comment because the case has not been referred to his office.

Favor’s Dartmouth biography said that he is working on a travel narrative about sites associated with the transatlantic slave trade and how they have become tourist attractions, and a project on African-American post-modernisms.

The Huffington Post has at least six essays attributed to Favor, mostly related to issues of race.