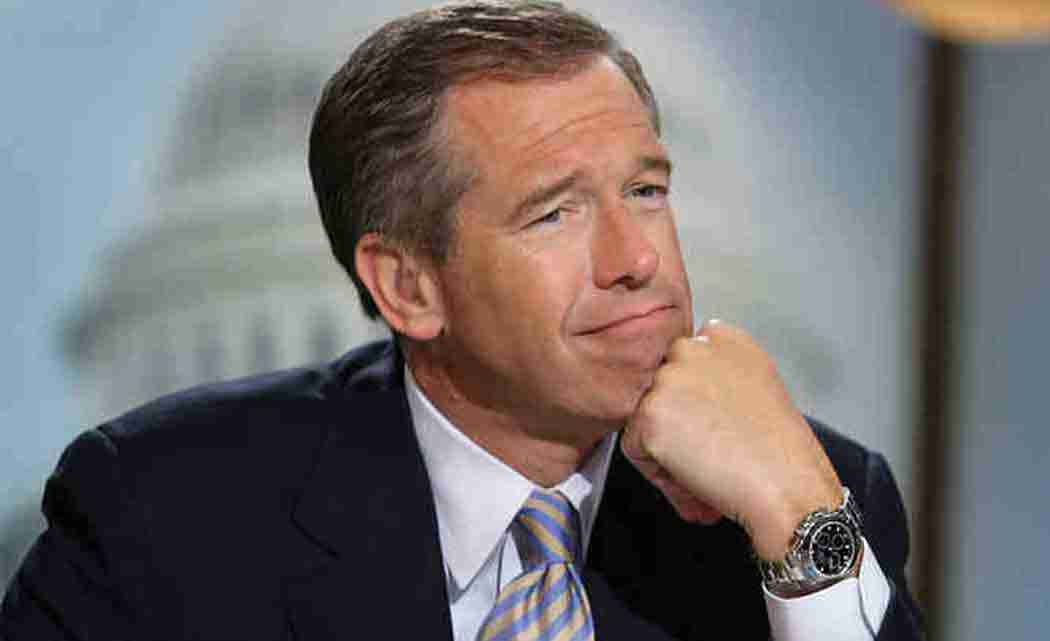 NBC Nightly News anchor Brian Williams has been suspended from the program as managing editor and anchor for six months, without pay, according to an announcement from the network.

Williams took a self-imposed leave of absence last week after it was revealed that the veteran newsman falsely recounted a story that he was in a helicopter that was hit by ground fire in Iraq 12 years ago.  Lester Holt, the NBC Nightly News weekend anchor, will be Williams’ temporary replacement while he serves his suspension.  Williams could have been terminated for his actions as others have been in the past but NBC decided to give him a second chance.

If Williams had been let go by the network, Holt may have become the first African-American to be the principal anchor of NBC Nightly News weekdays. The news program has aired to since 1949.  Holt, a 34-year veteran in broadcasting, is also the co-anchor of Weekend Today and the anchor of Dateline NBC.

Holt and several other prominent names in journalism have been speculated as possible replacements for Williams in light of the news scandal and if for some reason he did not return from his reportedly self-imposed leave of absence.

According to the CNN Money website, NBC is launching an investigation into Williams’ Iraq story, in which he alleges being in a helicopter which was hit by ground fire in 2003.  The site says that a memo from NBC News president Deborah Turness was sent to staff to address the issue.

“This has been a difficult few days for all of us at NBC News,” she reportedly wrote.  “We have a team dedicated to gathering the facts to help us make sense of all that has transpired.”  Turness reportedly said that Williams’ suspension was appropriate because he had jeopardized the trust that millions of Americans have in NBC News.

Williams allegedly claimed he was aboard a helicopter 12 years ago that was struck by a rocket-propelled grenade when he was actually aboard a different aircraft.

Amid revelations about the inaccuracies in the Iraq helicopter story, questions are now being raised about Williams’ coverage of other major stories such as Hurricane Katrina.  Questions are still being raised as to whether or not Williams should resign or be fired.

Other veteran journalists or news personnel have faced controversies in the past as well for remarks they made or for knowingly reporting false information and were either forced to resign or fired.

In 2010, longtime news analyst Juan Williams had to defend remarks that he had made about Muslims, saying at the time, “I’m not a bigot.”  Juan Williams was a commentator for the Fox News Channel and NPR when he spoke about how he might get nervous on a plane if he saw people dressed in traditional Muslim garb after the terrorists attacks of 9/11.  The comment drew outrage from some members of this religious community.  Subsequently, Juan Williams was fired from NPR, which also stated at the time that the news analyst had in prior times “veered from journalistic ethics,” according to a report on NBC’s Today show website.

Former New York Times reporter Jayson Blair was accused of reporting improprieties, which made it difficult for the newspaper to reestablish credibility, according to a 2013 article on the paper’s website, www.nytimes.com.

Blair was involved in a scandal in which he allegedly fabricated information for stories he had written for years.  He was accused of falsifying news sources, plagiarizing material from other publications and pretending to be in places he actually never went.

Blair resigned in 2003 from his reporting position at the New York Times, but the publication and at least two editors’ reputations took a hit.

The New York Times management team has since put certain safeguards into place, such as hiring a public editor to take complaints about journalistic integrity, and in addition, the paper created a full-time standards editor, according to the article at www.nytimes.com.

The misinformation recounted by Brian Williams on the Iraq helicopter story has prompted concerns about the accuracy of his recollections of events during his coverage of Hurricane Katrina.  Williams allegedly stated that he saw at least one body flow past his hotel in New Orleans, while staying at the Ritz-Carlton.  He also said there were gangs in the hotel at the time, according to a recent story on the Washington Post’s website.  Williams was reportedly in the area of the French Quarter, which was noted to be dry doing the aftermath of Hurricane Katrina when he supposedly saw the body.  And several eyewitnesses claimed no gangs were in the hotel during this time, according to the newspaper’s site.

Next post My Brother’s Keeper elevated in Palm Beach