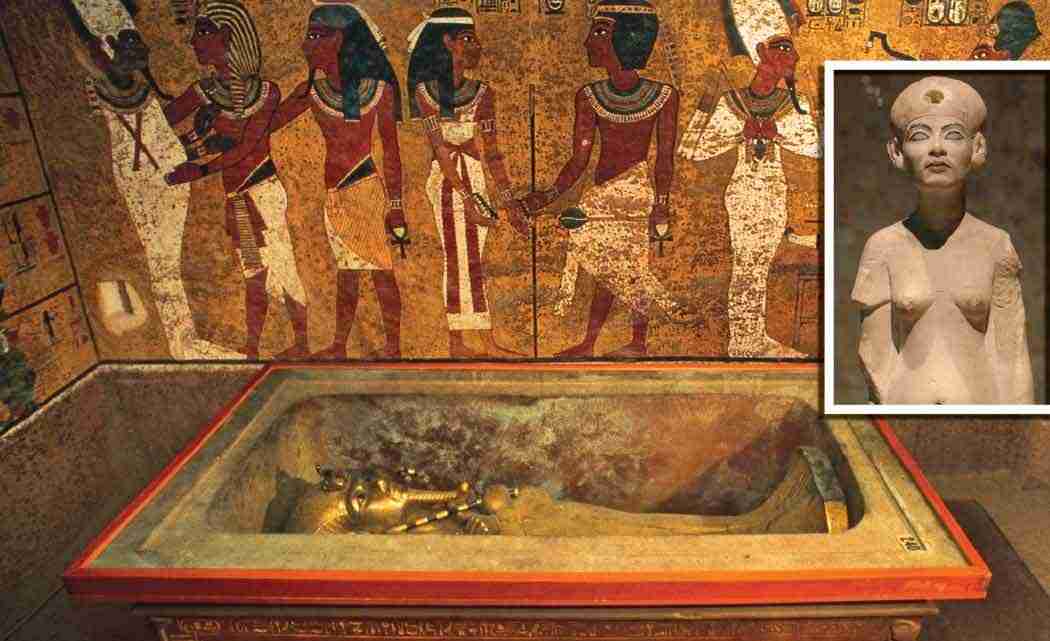 CAIRO — An Egyptologist behind a new theory that ancient Queen Nefertiti’s tomb may be hidden behind King Tutankhamun’s 3,300-year-old tomb in the famed Valley of the Kings has been invited to come to Cairo to debate his ideas, Egypt’s Antiquities Ministry said Wednesday.

The ministry said Britain-educated Nicholas Reeves will have the opportunity to discuss his theory with Egyptian colleagues in September. A joint expedition to Luxor, where the 18th Dynasty King Tut’s tomb is located, could be on the agenda, the ministry said.

There was no immediate response from Reeves, whose theory has attracted a lot of attention on the Internet and social media but has not been officially reviewed by peers.

Reeves argues that Tut, who died at the age of 19, may have been rushed into an outer chamber of what was originally the tomb of Nefertiti.

He claims high-resolution images of what is known as King Tut’s tomb include linear traces underneath plastered surfaces of painted walls, showing there could be two unexplored doorways, one of which leading possibly to Nefertiti’s tomb. He also argues that the design of King Tut’s tomb suggests it was built for a queen, rather than a king.

DNA testing in 2010 has provided strong evidence suggesting that Tut’s father was likely the Pharaoh Akhenaten, who introduced an early form of monotheism. The testing also brought a new discovery, that Tut’s mother was Akhenaten’s sister.

Still, some archaeologists believe the two were cousins and that their similar DNAs were the product of generations of marriages between close relatives – and that Nefertiti, Akhenaten’s chief wife, may in fact have been Tut’s mother.

Reeves has not responded to an email from The Associated Press requesting an interview.

Aidan Dodson, an Egyptologist at the University of Bristol, is skeptical.

“The observations are very interesting, the possibility that there are hidden chambers behind those walls is a reasonable suggestion, but it’s the jump to Nefertiti (being) behind the door that I would find somehow problematic,” said Dodson. “There’s absolutely no example of anyone ever doing that to a tomb.”

Dodson told the AP that he is leaning toward the theory that Nefertiti is indeed Tut’s mother.

Ancient Egyptian tombs had very little information about a dead pharaoh’s lineage and tomb writings contained more information on beliefs about the afterlife.

Willeke Wendrich, a professor of Egyptian Archaeology at the University of California, Los Angeles, said “many uncertainties around the succession” at the time of Akhenathen and Tutankhamun remain.

Next post 60 years after Emmett Till, no one has forgotten