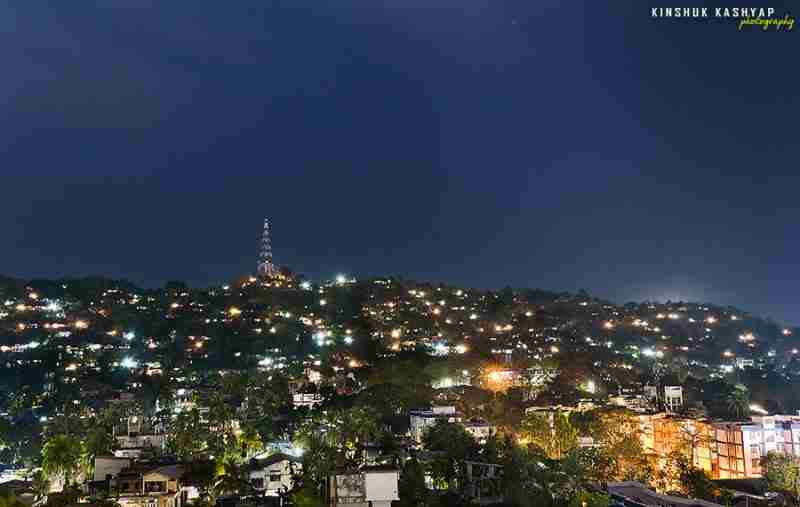 GUWAHATI, India—A fire started three months ago by a blowout at a natural gas well in India’s northeast is still raging, displacing thousands of people and damaging the ecological wealth of the politically troubled region.

Uncontrolled flow from the May 27 blowout of the well, owned by government-owned Oil India Ltd, in the state of Assam, about 1,300 miles southeast of New Delhi, started a fire June 9.

It spread quickly, destroying homes and farmland. Two of the company’s firefighters were killed.

“This is the biggest crisis we have faced in more than 60 years since our inception,” said OIL  spokesperson Tridiv Hazarika.

The gas is still flowing out of the well at 4,500 pound-force per square inch and feeding 100-foot flames. The sound can be heard 7 miles away.

“We don’t have a new timeline yet from OIL on how long the operation will take,” said Pankaj Nagbanshi, a senior district administration official in Tinsukia in charge of disaster management.

The blowout and fire displaced more than 10,000 residents initially from Baghjan and adjoining villages. Udit Moran, who manages the relief camps, said 2,500 villagers still depend on these camps for their meals, while more than 1,200 people spend the night in the three camps run out of local schools.

Nagbanshi said that while people living within a half-mile of the fire continue to be affected, only 650 people – among the worst affected – were at one relief camp.

“Everything has been destroyed,” said Akheswar Chetiya, 41, a farmer from Baghjan. He has been living at a relief camp with his three children and his wife since May 27. “My house is burnt. Everything on my small tea garden has turned to ashes.”

Upper Assam, where Baghjan is located, is a lush tea country. The British started cultivating tea in this area in the early 19th century. They also dug India’s first oil well at Digboi, in the northeastern part of Assam, in 1889.

“There are multiple tremors every day,” said Rajani Hazarika, 70, headman of Baghjan. “Our houses all have cracks.”

“State government (of Assam) asked NEIST (North East Institute of Science and Technology) to find the cause of the tremors,” Hazarika said.

The fire is a disaster for the rich biodiversity of the area as well.

The natural gas well is next to the Dibru-Saikhowa National Park, a designated biosphere reserve, and the Maguri Motapung wetlands, declared an area important for bird conservation. Together they form a crucial constituent of the Indo-Myanmar Biodiversity Hotspot. This area is home to 40 species of mammals, 500 types of birds, 104 kinds of fish, 11 varieties of turtles, 18 different lizards, 23 kinds of snakes, 105 species of butterflies, and 680 different plants.

The Dangori River, a tributary of the Brahmaputra River, flows a short distance away from the Baghjan 5 well, where the fire started.

“The gas spread not only on land, but also dispersed into the surrounding rivers and wetlands,” said a study by the Wildlife Institute of India, an institution of the government’s ministry of environment, forest and climate change.

The study found alarming levels of carcinogenic polycyclic aromatic hydrocarbons in fish samples collected from the area. The study released last month also noted the coating of an oil film on the flora and fauna.

India’s green court, the National Green Tribunal, said OIL did not have the mandatory permissions needed under the local laws to operate the gas well. The court, in its order on Aug. 6, also noted deficiencies in understanding, planning and supervising  the “critical operation” which may have led to the blowout. It has appointed an expert committee to investigate the incident. Six other inquiries have been started by different government agencies.

OIL and Oil and National Gas Corporation Ltd. (ONGC), India’s biggest oil companies, have limited expertise in dealing with such blowouts. In 2005, when a crude oil well blew out in Dikom in neighboring Dibrugarh district, OIL called in experts from Boots and Coots, now part of Halliburton.

“It took 45 days to control the fire,” said Hazarika.

After the Baghjan blowout, OIL got in touch with three major well-control companies — Boots and Coots, Wild Well Control and Alert Disaster Control.

“One of the reasons, Alert Disaster Control was selected to deal with the disaster was because it could get to the site at the earliest,” said Hazarika.

But the experts were delayed in reaching the site due to Covid 19-related travel restrictions. Flooding in Assam has also hit the operations.

The blowout preventer was installed last week, but “when the killing fluid was being injected into the well, a casing valve gave way and fluid started to leak,” said Hazarika. “The operation had to be suspended.”

OIL is looking at other options to carry out the control operations, but local residents are not happy because of a delay in payment of compensation. Peaceful protests and blockades have stopped work at Baghjan. These actions have led to losses of 32,007 metric tons (35,000 tons) of crude oil and 74.43 million metric standard cubic meters of natural gas, said an Aug. 20 OIL statement.

Because his house was not fully burnt, he said, “I have not been paid any compensation for it yet.”