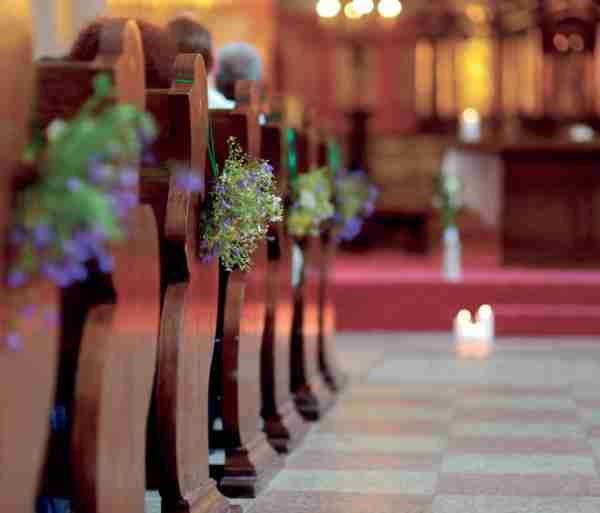 PITTSBURGH (AP) – Religious congregations large and small are being pummeled with a series of sudden ﬁnancial hits that are unseen in living memory.

Measures taken to contain COVID-19, including avoiding gatherings larger than 10, are shutting down in-person worship services where the plate is passed.

Also shut down are fundraisers such as Lenten ﬁsh fries. Many parishes hope to make those up at later dates.

Harder to make up will be the lost tuition and rental payments from the preschools and other revenue-producing programs that are housed by many churches and synagogues, and which also are shut down.

Any congregations fortunate enough to have endowment income now have less of that due to the stock market crash.

Across the denominational spectrum, religious leaders say their immediate concern is to make sure their members and neighbors are OK at a time when people aren’t interacting face to face, and when joint worship has gone virtual, if at all.

Communal gatherings are for most groups off limits for the upcoming high points on the religious calendar for Christians (Holy Week, Easter), Jews (Passover) and possibly Muslims if social distancing extends through the lateApril start of Ramadan.

“There are a lot of decisions to be made, a lot of creativity, a lot of hand holding,” said United Methodist Bishop Cynthia Moore-Koikoi of the Western Pennsylvania Conference, with about 800 congregations in 23 counties.

One in four Protestant churches in the United States as of 2016 had seven or fewer weeks’ worth of operating reserves, according to a LifeWay Research study.

Congregations that employ weekday childcare workers, or rely on rent from independent providers, are suffering an immediate hit because there’s no tuition coming in.

“We have churches that are in deep trouble right now,” said the Rev. Sheldon Sorge, general minister of the Pittsburgh Presbytery of the Presbyterian Church (U.S.A.), with 130 congregations in Allegheny County. “They depend on the income from these auxiliary programs to pay these workers.”

While technologies like Zoom make online meetings possible, the crisis has made hours of such meetings necessary as religious leaders manage the crisis.

The Roman Catholic Diocese of Pittsburgh has unveiled a COVID-19 emergency fund, citing a “sharp decline in weekly offertory donations” that could lead to layoffs and other cuts at parishes and the diocese. The diocese already suspended publication of its newspaper and laid off its staff because its main distribution points – the parishes – are closed to public Masses.

“We’ve got to continue to look on God to help us through this difﬁcult time,” Bishop David Zubik said. “But when we’re experiencing the hard knocks of the ﬁnancial piece of this, we can’t look inwardly but we have to look outwardly (to help people) going through the same things.”