REPORT: BLACKS MORE LIKELY TO BE ARRESTED FOR POT POSSESSION 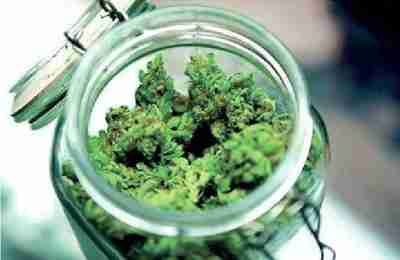 REPORT: BLACKS MORE LIKELY TO BE ARRESTED FOR POT POSSESSION NEW ORLEANS (AP) – Black people in Louisiana are nearly three times as likely as white people to be arrested on a marijuana possession charge, a report on racial profiling says.

NOLA.com/The Times-Picayune reports the Southern Poverty Law Center has found that black people in the state are 2.9 times more likely to be arrested for pot possession, even though a 2016 National Survey on Drug Use and Health reported black and white people use marijuana “at similar rates.”

The center is a nonprofit that advocates for equal justice and opportunity. The organization’s report was published Tuesday. Its analysis of marijuana possession arrests is based on 2016 FBI Uniform Crime Reporting data, which includes data that law enforcement agencies voluntarily provide to the U.S. Department of Justice, as well as U.S. Census Bureau population data.

The FBI Uniform Crime Reporting program counts the most serious offense if someone is arrested on several charges, so the center’s analysis is based on people charged only with marijuana possession or when other offenses were considered less serious.

The Baton Rouge Police Department had the highest disparity, the report says. Black people were six times more likely to be arrested for marijuana possession by Baton Rouge police than white people, it says.

A group seeking to advance the law enforcement profession through advocacy and education is cited in the report. The International Association of Chiefs of Police said a department policy against racial profiling is the “first step” to preventing it.

The report says 109 of the 310 Louisiana law enforcement agencies the center surveyed “admitted they have no policy on racial profiling.”

Next post BARACK OBAMA'S RETURN: GOOD OR BAD FOR DEMOCRATS?