Republicans are nowhere to be found 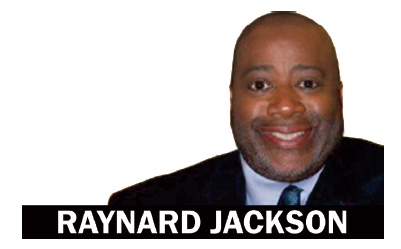 In many ways, like Job in the Bible, “For the thing which I greatly feared is come upon me, and that which I was afraid of is come unto me (Job 3:25 King James Version).

I was hoping against all hope that the Republican Party would do something to really pay homage to the Rev. Dr. Martin Luther King Jr.’s birthday. But, like Job, I have been forced to conclude “that which I was afraid of is come unto me.”

Republicans are a national party, control 31 out of 50 governors, control the U.S House of Representatives and control the U.S. Senate; and the party as a whole, has done nothing to celebrate the contribution King made to blacks, America, and the world.

I am sure a Republican somewhere has issued the annual perfunctory press release; but why the party doesn’t take this occasion to sit at the feet of black Republican luminaries who worked with King is baffling to me.

King actually frequently stayed in the home of Bob Brown in Hickory, North Carolina. I have stayed at Bob’s house and it is a living museum of American and world history. There are personal photos and letters from King to Bob. There are handwritten notes to Bob from former South African president Nelson Mandela when he was in prison. There are volumes of letters and photos from world leaders to Bob.

There are photos of Bob with every U.S. president from Nixon to the present. Bob is a walking history book of the Civil Rights movement and a lifetime Republican.

You have Bill Coleman, the first black to serve as a cabinet secretary in the history of America. He was law partners with former U.S. Supreme Court justice Thurgood Marshall; and they both argued the famous Brown vs Board of Education case before the Supreme Court. Oh, and Coleman is another lifetime Republican.

At best, a Republican leader might attend a MLK event being sponsored by a liberal black Democratic organization (their local NAACP, etc.).

But why should that be the case when Republicans are very capable of doing both local and national pro-life events all over the country? They don’t simply issue perfunctory press releases. Why?

Because the party obviously puts a certain value on the pro-life issue and its supporters. I will leave you to make your own conclusions of this issue relative to MLK’s holiday.

Not one presidential campaign has a campaign event celebrating King’s birthday; but they all run over each other to get in front of a camera for Reagan’s birthday. Again, I will leave you to make your own conclusions of this issue relative to MLK’s holiday.

In politics, optics matter and my party is totally tone deaf when it comes to optics within the black community. Spouses tend not to forget their significant other’s birthday because they know it is important to them.

Memo to Republicans, MLK’s birthday is very important to blacks and more broadly to America.

With control of congress, 31 governorships, and a majority of state legislatures, and a national party; you really expect me to believe we couldn’t have orchestrated a series of national and local MLK celebrations?

The party, at every level, should have organized black businessmen all across the country to have a discussion of a 21st century version of Civil Rights to address issues like: entrepreneurship, access to capital, education, crime and justice.

What policy solutions are Republicans in congress willing to offer to address these issues?

But they also need to sit at the feet of people like the Bob Browns and the Bill Colmans. These are the people the party must consult with relative to the voting rights case that the Supreme Court ruled on a few years ago regarding section five of the Voting Rights Act.

You would think that the occasion of King’s birthday would be a time the Republican Party can come together with black Republicans and discuss how to restore the party to being the party of Lincoln.

But if the party can’t honor one of our own icons, how can we honor them with our vote?

The window is closing fast on the Republican Party for this year’s presidential election and beyond. If the party doesn’t start engaging with the Black community in a meaningful way, Democrats will yet again win the white house and forever change the fabric of our country irreparably.

Next post Water crisis is in Flint and America