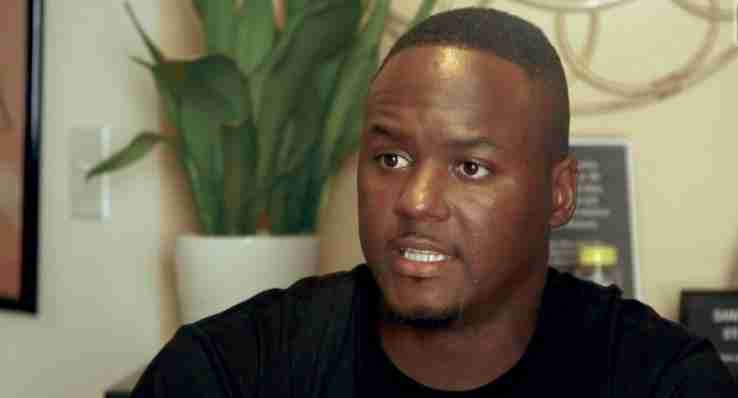 West Palm Beach, Fla. (AP) – Javen Bennett was in middle school the ﬁrst time he saw a shootout. Back then, the sound of gunﬁre would bring him to tears. He would panic: Was someone he knew hurt?

“It’s just normal to us,” said the 16year-old, who lives near Coleman Park. “Somebody that’s not from the ‘hood or been around it, they’ll hear a ﬁrecracker, they’ll get scared thinking it’s a gunshot.

Much of the city’s gun violence is concentrated in neighborhoods near Bennett’s historically Black, lowerincome communities that for years have felt the scourge of shootings and the frustration of cold cases. So too are a signiﬁcant portion of the nearly 200 fatal shootings in the city since 2009.

Yet, beyond the whiz of bullets, holler of sirens and screams of realization “That’s my baby!” – are the cries of residents saying “Enough!” by tackling the root causes of their area’s crime poverty, drugs and hopelessness – in pursuit of a more peaceful reality.

Ricky Aiken calls them Hope Dealers. He mentors 30 of them through the nonproﬁt he co-founded, Inner City Innovators, after the violent summer of 2015. The organization, which runs primarily on private donations and grants from out-of-state groups such as Everytown for Gun Safety, aims to curb gun violence by offering young men in the community a different kind of clique, one free of gangs, drugs and violence.

Bennett is one of them. He’s ready for a change.

Last summer, 100 or so West Palm Beach teenagers from in and around Bennett’s neighborhood lined up across a gymnasium floor. Presenters at the city-run Teens Unite program that day instructed the teens to step forward if they, their friends or family had experienced gun violence.

That’s the story Kevin Jones shares when talking about gun violence in West Palm Beach. Jones, the city’s coordinator of community initiatives, said most of the teens were numbed to the trauma such violence spurns until they had to sit in a circle and talk about it.

“What we want them to understand is their normal is not normal,” Jones said. He stresses to them that elsewhere, teenagers don’t carry guns for protection and that insults aren’t met with gunﬁre.

The city hired Jones in 2014 as part of then-Mayor Jeri Muoio’s Village Initiative, an effort toward lowering violence among young Black men in the city’s north end.

The statistics are startling.

In 2 of every 3 homicides in the city between 2009 and 2019 the victims were Black males, despite representing only 1 of every 6 West Palm Beach residents. That’s 143 Black males killed in the city during that time, all but seven of whom were shot to death. Their average age was 28.

West Palm Beach Police Chief Frank Adderley stressed that it’s a small group of people to blame for the majority of the city’s killings.

That’s true in cities across the country, said Meaghan McDonald, director of ﬁeld innovations at the National Network for Safe Communities through John Jay College of Criminal Justice in New York City.

McDonald works under David Kennedy, the co-founder and executive director of the network. In the 1990s, Kennedy, a criminologist, developed “Operation Ceaseﬁre,” a plan to curb gang-related gun violence in Boston through what Kennedy calls group-violence intervention.

The idea is to identify key players behind the majority of a city’s violent crime and put them in a room with community leaders, law-enforcement ofﬁcers and social workers. That’s often done by inviting people on probation or parole so they’re required to attend.

First, community leaders, along with “influentials,” or families and friends with influence over those responsible for the violence, share their moral opposition to it and their desire for safer neighborhoods.

Then police explain how their enforcement will be changing. They’ll use whatever information they have to pinpoint which group is behind the latest shooting and immediately crack down on everyone involved in it. That means using individuals’ “legal vulnerabilities” – outstanding arrest warrants, unpaid child support, probation or parole requirements – to put pressure on those responsible for the violence, McDonald said.

It’s a way for there to be consequences for violent crimes, even when authorities can’t get witnesses to come forward and testify about the more serious offense.

Finally, social workers show them a way out. Part of the program depends on allocating resources speciﬁcally to those identiﬁed as key players in the violence and offering a 24/7 hotline for them to call whenever they’re ready to reach out for help.

Much of the social services work focuses on the “big small stuff,” McDonald said, or immediate needs that can be critical obstacles for bigger goals. She pointed to examples such as not having a ride to a job interview and thus remaining unemployed, or not having a valid ID and consequently not being able to obtain government help, such as food stamps, and subsequently going hungry.

In Boston, the program led to a 63 percent decrease in violent crimes among the city’s youth and a 30 percent drop in homicides citywide, Kennedy’s research found. Cities across the globe have had similar results.

“To really make an impact on violence, we have to do things differently and more radically,” McDonald said.