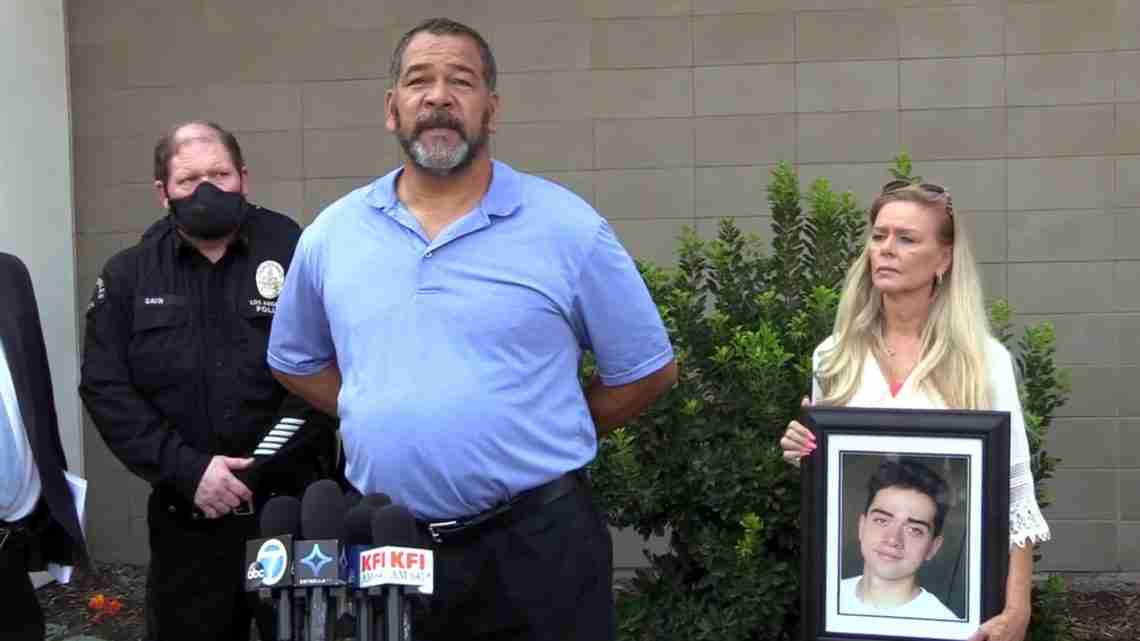 The father of an 18-year-old trainee plumber who was shot to death early last year on a busy street in a northeast Los Angeles neighborhood made an emotional plea for his son’s killers to be caught.

Ronnell Kelly fought back tears as he talked about his murdered son, Michael, during an Aug. 19  press conference that the Los Angeles Police Department held to announce that rewards of $50,000 apiece were being offered for anyone providing information that leads to arrests in three similar homicides in Pacoima.

Kelly was gunned down on Feb. 15, 2019. The two other unsolved cases, which happened earlier this year, involve Davon Pledger, 26, who was gunned down on May 9, and Omar Medina, 27, who was killed on Feb. 22. Police say the murders aren’t believed to be connected, although the circumstances are similar.

In Kelly’s case, suspects pulled up next to him and a friend in a dark-colored sedan on Van Nuys Boulevard in Pacoima, and asked him if he “banged,” meaning whether he was a gang member. Michael responded “no,” but the men opened fire anyway, killing him.

“We home schooled all three of our children to keep them from a lot of the bad influences that are out there,” said Kelly’s father at the press conference. “But you never know what can happen on a rainy night, getting off a bus with a friend and being approached by someone in a car and then they just start shooting.”

Kelly said that he and his wife were initially Michael’s foster parents, before eventually adopting him. In recent times the teenager had joined the U.S. Marine Corps, but was discharged due to a medical issue. “He had recently just took a job to be an apprentice plumber, so he was getting his life together and moving along with life when this happened.”

“It’s been a year and a half and we won’t stop until we see justice.”

As of mid-August, the LAPD’s Foothill area office that includes Pacoima and several surrounding neighborhoods, has reported five murders thus far this year, compared to four during the same period in 2019.