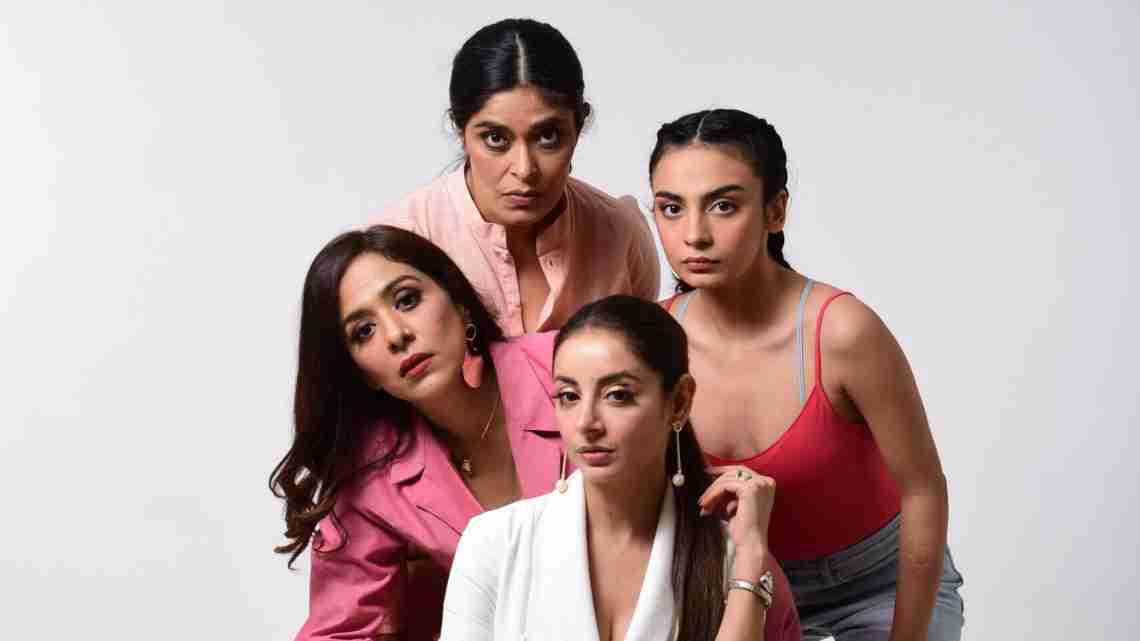 Pakistanis looking to stream something different can now see a program that includes depictions of premarital sex, alcohol, prostitution, transgender rights, drugs and other things considered taboo in the Asian country.

Set in Karachi, the new show “Churails” chronicles the adventures of four women. Its title means “witches,” and it streams on the Indian online platform Zee5.

In the aftermath of the 2016 Uri terrorist attack in India’s Jammu and Kashmir, Indian TV channel Zindagi, from Zee Entertainment Enterprises Ltd., was banned from broadcasting Pakistani shows in India.

The channel’s offerings were a huge hit in local households all over India. The 2014 show, “Zindagi Gulzar Hai” was so popular that Pakistani actor Fawad Khan garnered a huge fan base in India. From that point, he starred in many Bollywood films such as “Khoobsurat” with Sonam Kapoor; “Kapoor and Sons” alongside Alia Bhatt; and “Ae Dil Hai Mushkil” with Ranbir Kapoor.

The show follows the stories of four women, Sara (Sarwat Gilani), (Zubaida) Mehar Bano, (Batool) Nirma Bucha and (Jugnu) Yasra Rizvi. Disparate in social and economic status, the four are united in their trauma, all owing to the men in their lives.

A wife of a wealthy politician deals with his infidelity, another has killed her abusive spouse, the third stands up to domestic violence at home and an “independent” woman tackles the shifting goalposts of patriarchy.

Even the Baby Churails that the women hire are named after “item girls,” actresses who perform raunchy dance sequences in Bollywood movies. They are “Munni,” “Sheila” and “Baby Doll.”

At times, the show, written and directed by Asim Abbasi, feels derivative in its quest to appear progressive. However, there’s no doubt the show is markedly different from Pakistan’s usual offerings.

“I was apprehensive about the backlash,” said Maher Bano who portrays a young burqa-clad collegiate hiding her passion for boxing from her parents. “I have always wanted to be part of something so revolutionary because my opinions and thoughts are not inclined towards the norm and the culture that pertains to our society. I think that I have always been a liberal-minded person.”

Bano’s character matches with the six-pack sporting Shams on a dating app, much to the horror of her family. The representation of internet dating is also a political statement in “Churails,” especially in light of the recent banning of Tinder and Grindr by Pakistan Prime Minister Imran Khan.

“I was expecting a lot more backlash than I received,” said Bano. “More than the backlash, there has been a lot of discourse all over social media. I think that’s a victory for all of us.”

Before the ban on dating apps,Pakistani actress Saba Qamar and singer Bilal Saeed faced the wrath of the country’s blasphemy laws and heat from Islamic clerics for filming a music video in a historic mosque.

Qamar posted a picture on Instagram with Saeed on Aug 1 taken at the 17th century Wazir Khan Mosque in Lahore, about 230 miles south of Islamabad.

The show’s flagrant disregard for the country’s written and unwritten modesty laws is concerning for the cast and crew.

“My responsibility as an actor is to take up work that is believable and not regressive in their portrayal of women,” said Nirma Bucha who plays Batool, a character fresh out of prison after a 20-year conviction for murdering her husband.

Abbasi goes so far as to allude to a May-December romance between Batool and a police officer, Inspector J.

“Of course, you have to like the story too,” says Bucha. “There aren’t many scripts that live up to those standards. So I end up doing a lot of theater instead where women get the best parts and where commerce doesn’t drive the narrative.”

Shot through an acutely feminist lens, “Churails” weaves men into the female protagonists’ tapestry. They’re around but placed in the background to support the heroines’ cause. Often, the approach is spelled out rather obviously.

“The thought never occurred to me that I’m playing a supporting role to women,” said Fawad Khan (not to be confused with the actor starring in Zindagi Gulzar Hai) who portrays Inspector J. “This character is relatively small but a vital part of the whole story and that’s enough for me. Each story has its main characters and sometimes they are male and sometimes female.”

So far a second season of “Churails” has not been confirmed.