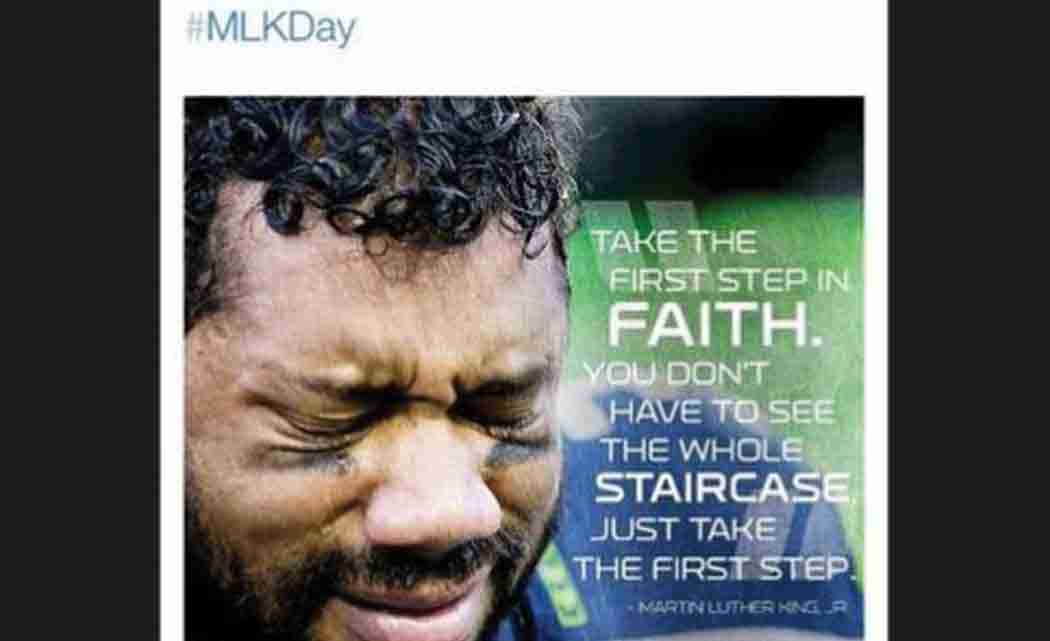 SEATTLE — The Seattle Seahawks have apologized for a tweet that linked their improbable NFC championship game victory to Martin Luther King Jr.

On Monday, the national holiday celebrating the slain civil rights leader, the team sent out a Twitter message that said, “We shall overcome.’’ The tweet featured a picture of an emotional Russell Wilson, the team’s quarterback, next to a quote from King and the hashtag MLDay.

Later, the team deleted the tweet and sent out an apology for poor judgment,’’ adding it was not the intent to equate football to “the civil rights legacy of Dr. King.’’

On Sunday, the Seahawks came from behind to defeat the Green Bay Packagers 28-22. They will face the New England Patriots in the Super Bowl on Feb. 1.