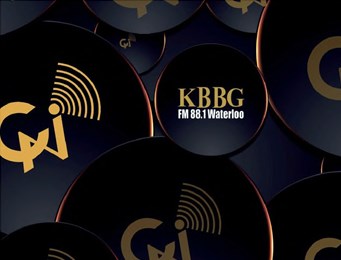 WATERLOO, Iowa (AP) – A public radio station in Waterloo that was founded to serve black listeners is seeking help to stay on the air.
Officials at Afro-American Community Broadcasting Inc. told the Waterloo-Cedar Falls Courier they need $100,000 quickly to handle overdue payments for the station, KBBG-FM 88.1, and have set a fundraising target of $400,000 over the next year.
“We’re in dire straits right now,” said Edyce Porter, the station’s community outreach director and daughter of Jimmie Porter, who founded KBBG in 1977.
KBBG Executive Director Deborah Berry, board president Robert Wright and other staffers said the budget crisis stems from equipment failures, lagging federal support and declining donations as its older patrons pass away and aren’t replaced by younger listeners.

KBBG accountant Candice Lanning said the station is expecting $108,000 in October from the Corporation for Public Broadcasting, down from the $170,000 it once received each year.

The station has tried new fundraising avenues, she said, including crowdfunding websites and smartphone apps, but has not been unable to drive up donations.

KBBG went off the air for two weeks in June when its audio processor failed, and Berry and the rest of KBBG’s staff have been laid off for about six weeks.

They’re still showing up at the station.

“We know how important this radio station is to this community,” Berry said.

Community programming goes beyond music and entertainment offerings. There are weekly shows with Waterloo mayor and police chief, and the station recently ran a series on domestic violence and financial literacy.

“That applies to you if you’re black, white, brown, green, whatever,” Lanning said. “Yes, it was the original black radio station, but it’s not just for the black community.”