STILL ON THE RISE 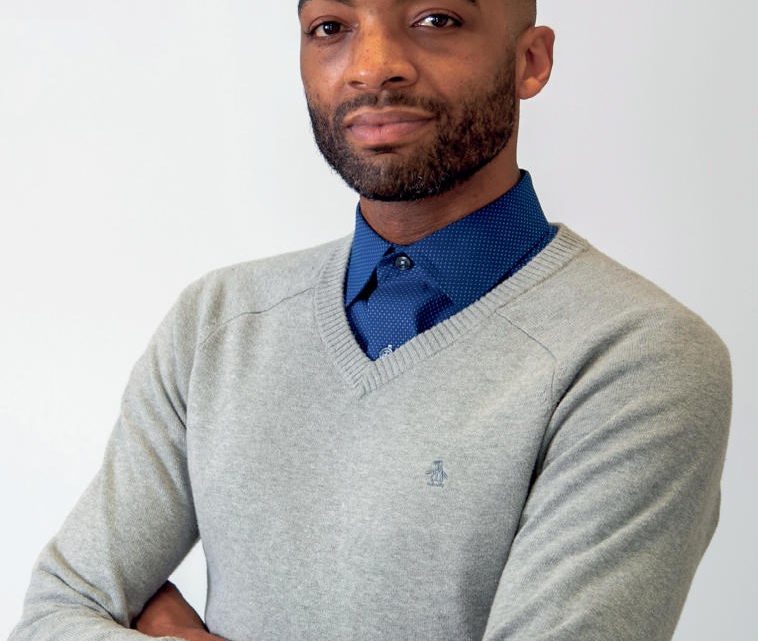 It is apparent that Matthew Beatty of Miami is an astute, accomplished professional who, with his foundation experience, is more than capable of succeeding in his newly appointed role of chief operating ofﬁcer of the esteemed Carrie Meek Foundation.

But even more refreshing is his outlook and insight into leading the well-established organization.

Beatty, at 37, has a perspective that many leaders fail to grasp: It takes a village – a collective effort, if you will – to make a foundation effective in reaching its often lofty goals.

Beatty, appointed to the position mere weeks ago, is quick to point out that his appointment, as COO of the organization that deﬁnes the legacy of retired Congresswoman Carrie P. Meek, is about more than his obviously extensive and impressive resume.

“This appointment and effort is not about me,” said Beatty in a telephone interview, just days after taking the helm. “It’s about the change needed in this community. It’s about the residents, advocacy groups, business people – it’s about all of us determining where our resources could help.”

The 501c3 private foundation focuses on four key areas that speak to the core of Meek’s lifetime works: economic development, education, health and housing. Beatty said he sees his role as not only development of those crucial areas, but getting to the root of systemic problems in each.

“We now have an opportunity to address the systems that point to the root of the problem. For instance we know there are health disparities, but the real question is why was the system broken in the ﬁrst place? We can address these systemic problems which allows us to get to more holistic solutions.”

Beattystresses that it takes a collective effort to get to these solutions.

“The key is to convene various entities from our county commission, state, and federal governments, and even the private sector as well, determining the needs of our community and thus how we can make a difference. The way to address these issues is to bring all of us to the table.”

He worked for the Miami Foundation for eight years prior to his new appointment. He’s been honored extensively in the area of marketing and public relations, receiving numerous awards and commendations.

He is also the son of South Florida Times publisher and CEO, Robert Beatty, Esq.

Beatty now is geared up to deploy his talents in taking the Meek Foundation to greater heights as it seeks to have even greater impact. The challenge ahead and his legendary congresswoman, he said.

“HISTORIC MOMENT” “The congresswoman spent a lot of her career in the minority party, but her ability to work across the aisle and force vastly different interests to ﬁnd common ground made her effective. That’s a timeless lesson in how to get big change done in our communities.”

And in times of a pandemic, Beatty says Meek has already provided a blueprint.

“In a historic moment of immense pain for thousands across South Florida grappling with this pandemic, Congresswoman Meek has already given us the blueprint for how to recover and rebuild our livelihoods: Work Together!

“That’s the foundation of our renewed vision here at the foundation … to be the civic convener that unites the community behind real solutions that enable all residents to live better lives, no matter their race or neighborhood they call home.”

WEST PALM BEACH, Fla. – His professionalism is legend among those familiar with the work ethic of Rick Christie. So too is his humanity among those who have been blessed to know the man.

Christie is stepping up from The Palm Beach Post’s editorial page editor position, in which he was a groundbreaker too, to take charge as the newspaper’s ﬁrst African American editor in its more than 100-year history.

Yet as much as being tapped to lead his hometown newspaper is another crowning achievement for Christie, the blessings are likely to favor even more the newspaper and its public. Because as much as he is a veteran journalist and consummate pro, Christie is a community guy.

“As good as Rick is professionally, he’s an even better person,” said Randy Schultz, the newspaper’s former editorial page editor. “He’s everything that you expect as a man, as a husband and as a father,” said Shultz, who preceded Christie as editorial page editor, and advocated for Christie to replace him. “It’s hard to think of anyone who could be a better representative of The Post in the community than Rick Christie.”

But he also can also be judged by some of the other heavyweight company he keeps. His contemporaries include top media executives Yvette Miley, senior vice president for the NBCU News Group, and Kimberly Godwyn, CBS executive vice president of News. Like him, the two broadcasters were among the founding members of the Palm Beach Association of Black Journalists, the national organization’s local afﬁliate chapter, soon after The Post hired Christie and others in the late 1980s.

In a sign of his leadership skills, Christie helped set the tone for an organization that went on to host popular free monthly community forums at the Riviera Beach Public Library, and later the Urban League headquarters in West Palm

“Rick Christie was among this group that led the way for me, Jounice Nealy and Elisa Cramer to come up with a good role model,” said Brown, now CEO of her own South Florida public relations firm, the M Network. “I’m forever grateful to the example he set, along with Ernestine Williams, Bill Cooper, Kenneth Bohannon and (others). They demonstrated the professionalism and dedication to craft that helped us mold our careers.”

Christie’s support for journalism’s newer generations has never wavered. Christie has been a fixture in classrooms throughout the school district, and at the newspaper’s annual High School Newspaper Workshops, conducting opinion writing sessions, joining students at their tables during lunch, inviting them into his office.

Among the students who got to see the trademark Michael Jordan poster, throwback electric typewriter and Batman memorabilia in his office is Brianna Luberisse, the county’s reigning Pathfinder Communications Award winner, now a freshman in Morgan State University’s School of Journalism & Global Communications.

Luberisse gives Christie a huge nod of appreciation. He always made sure, she said, “to emphasize his purpose behind journalism, that journalists are not only there to tell the story but for that story to be heard and make a difference. That always resonated with me because that’s what I wanted to do through my photography and my writing. I saw him as not only a leader but an influencer. So to be able to be a freshman in high school and see him as a African American male editorial page editor and now as executive editor of the PBP is more motivation for me because I know I’m striving for that position, to be recognized for my efforts and to make a change in the community."

Even fewer can wow those students by matter-off-factly sharing about speaking on the phone with one of his correspondents in Jerusalem, who “was literally ducking bullets … He was literally talking to me as bullets were flying over his head.”

Or, add that when he went to Jerasalem, “I had him take me to where it happened. And you could see the bullet holes, because the bullets they were firing were so powerful, that they were going through the wall. So it was a miracle that he was not hit.”

Been there, done that, Christie is ready to do much more. “Agitate, agitate, agitate,” the renowned Frederick Douglass is known as saying. Christie upholds that tradition in most excellent manner, evidenced by the editorial pages he shepherded, including his writing in them. He also is not afraid to deploy a few choice salty words.

Yet, as erudite and knowledgeable, balanced and well-rounded as they come, it’s also no surprise that he is a man of faith. “He was a loyal supporter of my ministry and the church,” said the Rev. Winston Joseph, a recent retiree of St. Patrick’s Episcopal Church in West Palm Beach and Christie’s former parish priest. The

minister heralded Christie as “is merciful to the moment, patient with human frailties and generous with his time and counsel to those who trust his wisdom and understanding. Last, but not least, Rick is a shining example of a ‘model’ family man.”

But do we truly appreciate his service? Telling our stories? Representing the best of professionalism, community involvement character and indeed, spirit?

In another unprecedented year for journalism, there have been many openings, moves and promotions. Given how far his newspaper has come, and his potential for steering it through challenging times, Christie’s could be considered the media story of the year. His appointment is a blessing for the African American community in particular, but also the public at large; those who recognize the significance of his journey, who become better prepared to work with others in more diverse newsrooms, in other professions, and other areas of life.

“Rick has always been truly present in the room,” said Miley. “He was not one to show up just to be seen, he showed up in the room to have an impact on journalists. To impact our course, to counsel, to encourage to open doors.”

Next post Former Ravens running back Lorenzo Taliaferro dies at 28