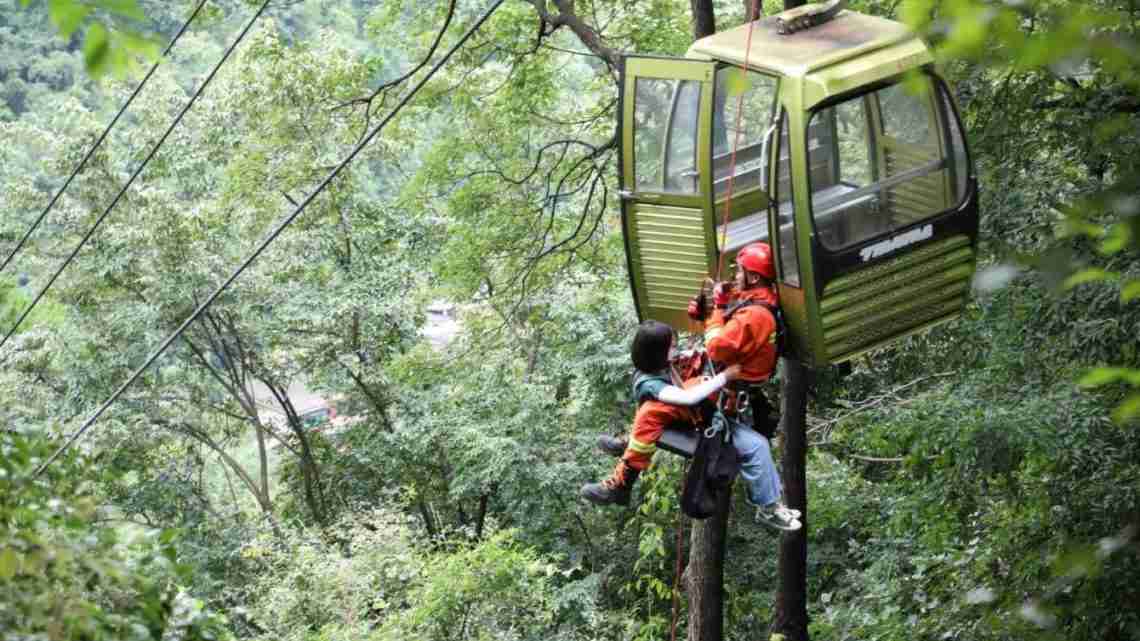 Tourists traveling on cable cars through a national park in China had to be rescued following a power outage. The incident took place on Sunday at Qianling Mountain in southwest China, the local fire service reported.

Rescuers from nearby Guiyang were dispatched to the scene with reports that 18 people were trapped in multiple cable cars while traveling to and from the top of the mountain, which is in a national park popular with hikers and known for its resident population of rhesus macaque monkeys.

With the cableway stopped by the outage, rescuers had to evacuate the cars’ occupants, who suddenly found themselves dangling high above above the forest floor. Firefighters working among surrounding trees climbed nearby pylons and secured safety ropes atop each of the cabs. They then tied harnesses around each of the visitors, images of the rescue show.

The stranded tourists were next helped to ground level by sliding down the ropes, according to the China News Service. None of the 18 visitors was harmed, the fire service said.

Authorities believe the electrical outage was caused by recent heavy rains in the area.

Cableway visits at the park have been temporarily suspended, as the system undergoes maintenance and further safety checks, the rescue report said.