SUPPORT BUILDS FOR PLAN TO RENAME SENATE BUILDING FOR MCCAIN 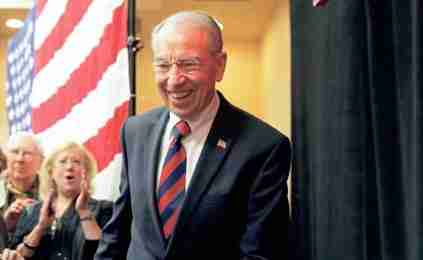 WASHINGTON (AP) – A proposal to rename the Russell Senate Office building after Sen. John McCain appears to be gaining bipartisan support, but success is far from assured.

Republican Sen. Chuck Grassley of Iowa, who served with McCain for 31 years, says he’s in favor of “naming almost any building” for McCain, but adds, “I’m not sure that I would make a decision on a specific building at this point.”

The building is named after Sen. Richard Russell, a Georgia Democrat who, like McCain, chaired the Armed Services Committee.

Russell was a segregationist and led Southern opposition to anti-lynching bills and other civil rights legislation. He died in 1971.