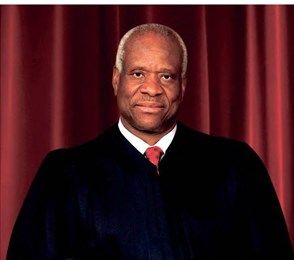 WASHINGTON (AP) – Deeply troubled by a Mississippi prosecutor’s pattern of excluding African American jurors, the Supreme Court seemed in broad agreement Wednesday that a black death row inmate’s conviction and death sentence at his sixth murder trial could not stand.

The justices made clear they would not ignore District Attorney Doug Evans’ history as they weighed his decision to excuse five black prospective jurors from inmate Curtis Flowers’ most recent trial.

If Flowers wins, Evans would have to decide whether to try him a seventh time in the shooting deaths of four people in a furniture store in Winona, Mississippi, in 1996. A separate appeal challenging the evidence used to convict Flowers, now 48, is pending in state court.

Justice Clarence Thomas, who almost never speaks in court, suggested in questions near the end of the arguments that defense lawyers also care about the racial makeup of juries and concentrate their jury strikes on white people. Thomas was the lone dissenter when the Supreme Court ruled in 2016 in favor of a black Georgian who was sentenced to death by an all-white jury.

Next post BOOKER TO GIVE COMMENCEMENT AT HISTORICALLY BLACK UNIVERSITY