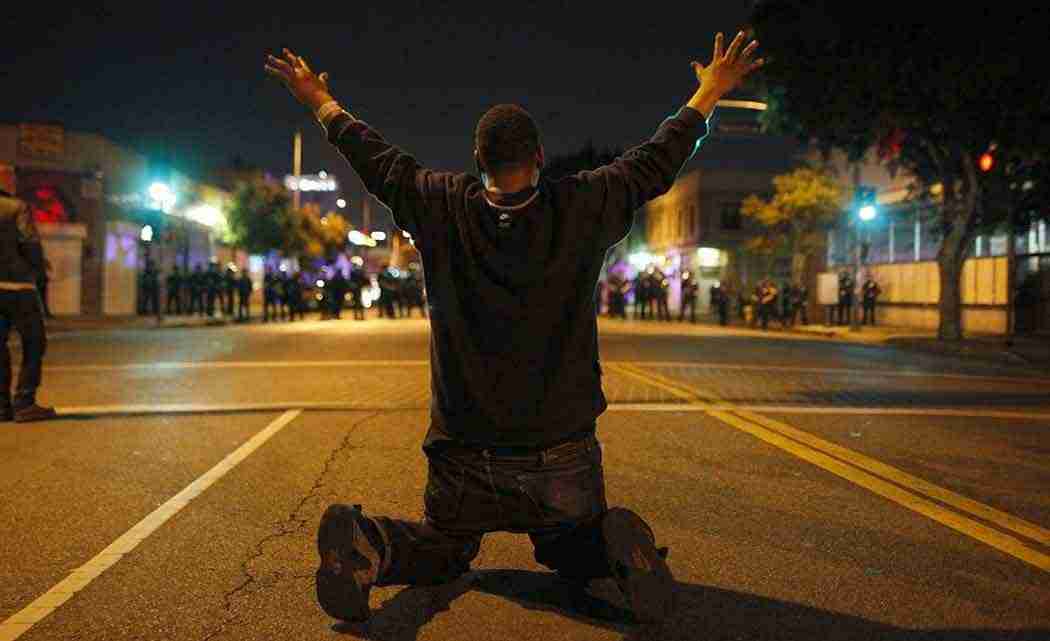 WASHINGTON — A new survey by the Associated Press-NORC Center for Public Affairs Research has found a vast gulf between black and white Americans in how they view police officers. Things to know about Americans’ opinions and experiences with policing:

The AP-NORC poll shows that just a third of black Americans say they can always or often trust police to do what is right for their communities, while a large majority of whites say that. Nearly half of blacks trust the police just sometimes, and 2 in 10 trust them rarely or never.

Eight in 10 black Americans say police are too quick to use deadly force, and 7 in 10 say police officers who cause injury or death are usually treated too leniently by the criminal justice system. Just a third of whites say either of those things.

More than 8 in 10 blacks say police sometimes treat minority groups more roughly. A similar proportion says that police are more likely to use deadly force against a black person than against a white person. Most whites think race does not affect police use of deadly force.

Whites who live in communities where census data shows at least a quarter of the population is non-white are more likely than other whites to say police in their community sometimes treat minorities more roughly, 58 percent to 42 percent, and are more likely to see the police as too quick to use deadly force, 42 percent to 29 percent.

Six in 10 Americans, including blacks and whites, say they personally know someone who is now, or recently was, a police officer.

About a quarter of blacks, but less than 1 in 10 whites, say they’re very worried about becoming victims of violent crime.

DIFFERING VIEWS ON REASONS FOR INCIDENTS

More than 7 in 10 blacks say major reasons for police violence against civilians include minimal consequences for police misconduct, poor relations between police and the public, and problems with race relations in society. Fewer than half of whites cited any of those as major reasons.

But 62 percent of whites, and just 45 percent of blacks, said a major reason is that civilians confront police officers when they’re stopped instead of cooperating.

Although they disagree on the reasons, 7 in 10 Americans, including similar percentages of blacks and whites, say requiring police officers to wear body cameras would be an effective way to prevent similar incidents.

Eight percent of blacks and 1 percent of whites say they’ve taken part in those protests in the past year.

MOST SEE RACE RELATIONS AS BAD

The AP-NORC Poll of 1,223 adults, including 311 black adults, was conducted online and by phone July 17-19, using a sample drawn from NORC’s probability-based AmeriSpeak panel, which is designed to be representative of the U.S. population. The margin of sampling error for all respondents is plus or minus 4.2 percentage points. For results among black respondents, the margin of error is plus or minus 9.1 percentage points.

Respondents were first selected randomly using address-based sampling methods, and later interviewed online. People selected for Amerispeak who didn’t otherwise have access to the Internet were interviewed over the phone.