Teaching black women to be doulas to ‘Save Black Lives’ 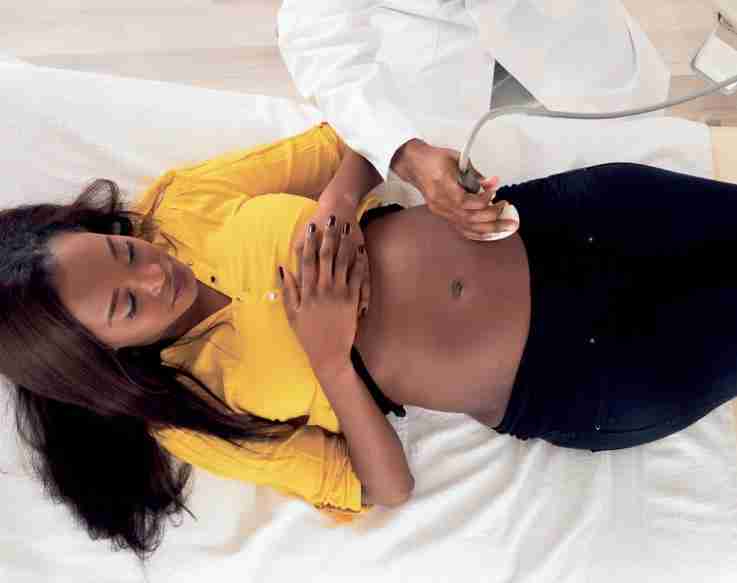 Nashville, Tenn. (AP) – Over two dozen women gathered in late winter inside a large, open room at the Nashville Sudbury School. They were there to become doulas – trained birth workers who support women through their reproductive experiences – as a part of a training with the nonproﬁt Homeland Heart Birth and Wellness Collective.

Many were mothers. Some have had miscarriages. All had to come to terms with the fact that they could lose a child or die during pregnancy.

The workshop was led by Kristin Mejia-Greene, a seasoned doula who knows plenty about the ins and outs of giving birth. Her experience was apparent as she described pain relief techniques for pregnant moms.

Mejia-Greene has given birth to two children of her own. She’s also advocated for more pregnant women than she can keep up with.

It’s the kind of work that keeps her going every day, although helping women bring life into the world isn’t always joyful – especially when you’re advocating for a black client base. Mejia-Greene says black women are looked down upon in hospital rooms. Oftentimes, she says this leads her to hold conversations with pregnant moms that center less on baby names and more about survival.

Tennessee is experiencing some of the worst maternal and infant mortality rates in the country. The state also has alarming racial disparities in who dies and who lives.

According to a Tennessee Justice Center report, black women are twice as likely to lose a child than white women. The Centers for Disease Control and Prevention says they are also three to four times more likely to die during pregnancy.

`THE MONEY IS HERE’

One of many issues for the disparities is the lack of funding for black birth workers.

“All the gentriﬁcation you can ﬁnd is right here in Davidson County,” says Mejia-Greene. “The money is here. The money’s somewhere. Who are we giving it to?”

Mejia-Greene requested state funding for her doula program last year but was denied by the Tennessee Health Department in December.

Another issue, says Nicole Ward, is that black women aren’t listened to. She had a miscarriage in 2017 after doctors ignored her pain.

“They told me you know I have like a cyst and it might have burst,” says Ward. “They were like, `It’s totally normal with pregnancy.’ They sent me home.”

At a second visit to the hospital, Ward was told to take a Tylenol, then discharged. She went to a third location hoping for a better response, but what the doctor said surprised her.

“He goes, `Well, no matter how many hospitals you go to, you’re still going to have a miscarriage. Your baby’s dying,”’ Ward recalls.

Ward took control of her next pregnancy. She decided she wasn’t just going to do what the doctors told her to. She had a birth plan, and she began advocating for herself during hospital visits.

She views Mejia-Greene’s doula program as a way to prevent other women from having miscarriages.

Now, because of COVID-19, the risk of death could be even greater. And just not because of the disease itself. Mejia-Green worries her clients won’t be allowed to have their doula or family support on hand because of strict hospital visitation rules. This could push some women toward last minute home births because of their distrust of the health care industry.

“One of my biggest concerns is seeing black women take the chance of birthing at home unprepared,” she says.

Ideal home deliveries involve midwife care and a preplanned birthing strategy, Mejia-Greene says, and there aren’t enough midwives in Nashville to go around. It would also be next to impossible to ﬁnd another black woman in the profession who could accept a client in a late-stage pregnancy, she says.

Health workers say it isn’t unusual for the complaints of black women to fall on deaf ears. They say it’s the number one cause in high mortality rates.

“Some people are leery to call a spade a spade, but there are instances of systematic racism . that impact how African American and black families obtain health care,” says Stephanie DeVane-Johnson, a professor at the Vanderbilt School of Nursing. “Complaints aren’t listened to, tests are not ordered, things aren’t done that could save black lives.”

Historically, black women have been viewed as having a higher pain tolerance than other women. One of the most visible examples is 19th-century physician James Marion Sims, who’s now remembered for conducting research and surgical experiments on enslaved black women without anesthesia.

A 2016 study published in The Proceedings of the National Academy of Sciences showed that medical students endorsed the myth that blacks had less sensitive nerve endings than whites.

Alexandria Douglas has had her fair share of bad experiences with physicians.

“Doctors they come in and they’re like, `I’m trying to get back home. Let’s just get this baby out,”’ says Douglas. “They don’t care they’ll cut you open.”