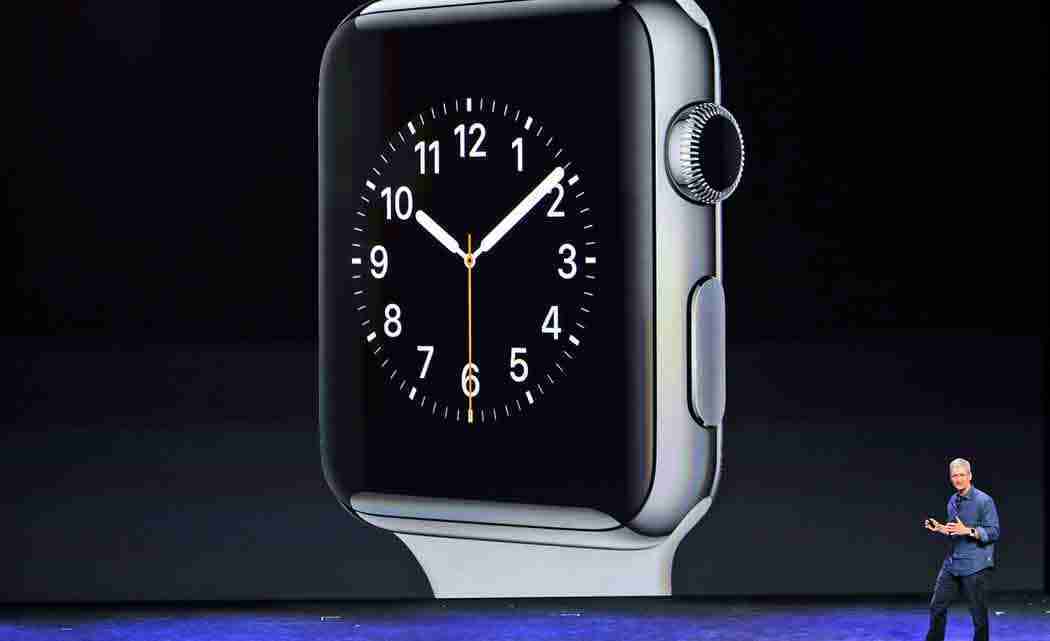 By Technology Writer Anick Jesdanun
SAN FRANCISCO — The Apple Watch. CEO Tim Cook is expected to unveil the company’s newest device and make the case for why it’s a must-have gadget at a San Francisco event later Monday.

Apple teased the smartwatch in September but has given few details. Scheduled to hit the market in April, industry watchers are eager to see if Apple’s version will be the tipping point for the sluggish smartwatch market. There was similar skepticism when Apple released the iPad in 2010, yet the company has successfully sold millions and its popularity has shaken up the PC market.

The stakes are high for a company that just dislodged AT&T as one of the 30 stocks comprising the venerable Dow Jones industrial average. The watch is the first brand-new device Apple has launched without Steve Jobs.

Apple’s 10 a.m. PDT (1 p.m. EDT) event will likely begin with other product announcements. Here’s a look at what’s known so far and what to look for.

WHAT WILL IT DO?

— Show email, texts and phone calls, news, health readings and other notifications. They will be customized for the watch, so you won’t simply see what’s on the phone.

— An accelerometer will count steps you take, and an internal motor can signal you with a subtle “tap” on the wrist. There’s also a heart monitor; it’s not clear yet what heart rate readings you’ll get during exercise and rest.

— NFC wireless technology will to allow you to pay-with-a-tap through Apple Pay at participating retail stores and restaurants.

NOTE: Although some features may work without your smartphone nearby, you will need an iPhone 5 or later model in close proximity for full functionality.

WHAT APPS ARE IN THE WORKS?

In September, Apple said several apps are in development. One would open your room at Starwood hotels. Another would help you find your BMW in a crowded parking lot.

It’s not yet known what apps will be rolled out with the April launch. But the success of Apple Watch could ride on what apps are in store to extend the watch’s functionality.

HOW LONG DOES THE BATTERY LAST?

The watch likely will need to be recharged nightly, just like the phone.

Some fitness trackers can last for days without a recharge, but full-featured smartwatches typically last a day or two at most. What’s not known is how well Apple Watch will be able to last even a full day under heavy use.

HOW MUCH WILL IT COST? WHEN CAN I BUY IT?

Apple has said the watch will start at $349 for the base model. There will be three different lines: aluminum for fitness enthusiasts, stainless steel for everyday wear and luxury 18-karat gold. Each line will come in two sizes and offer a variety of wristbands. The luxury edition might cost several thousand dollars, in line with other high-end jewelry. One question is whether Apple will let you keep the expensive casing and swap internal components as they are upgraded.

Apple will likely give a specific release date on Monday, along with a list of initial markets outside the U.S.

One thing that sets Apple Watch apart is the control you’ll get by turning the dial, known as the digital crown. Many rival smartwatches have buttons that do little more than turn on the screen and make menu selections. With Apple Watch, you’ll be able to turn the crown to zoom in and out. You can get a closer view of a map that way, for instance. You’ll probably still need to touch the screen to slide the map around.

HOW WELL WILL IT SELL?

On the low end, Piper Jaffray’s Gene Munster estimates 8 million Apple Watches sold in the first nine months they are available. Forrester Research has predicted 10 million and Strategy Analytics is calling for 15 million.

By comparison, only 5 million smartwatches, from all makers, were sold last year, according to Strategy Analytics.

Apple sold about 5 million iPhones and almost 15 million iPads in their first nine months on the market.

— There might be an update on Apple’s plans to replace iPhoto with a photo app similar to what’s found on iPhones and iPads.

— A new Apple TV streaming device? It’s been years since the last hardware update, though there’s speculation an announcement would instead involve Apple’s role in a stand-alone subscription service from HBO.

— Apple got a streaming music service when it bought Beats last year. When will Apple integrate that into iTunes?

— Might announce additional features or car models with Apple’s CarPlay, which lets drivers control iPhones with voice commands, a touch on the steering wheel or a swipe on a dashboard display.

— A larger-size iPad in the works?