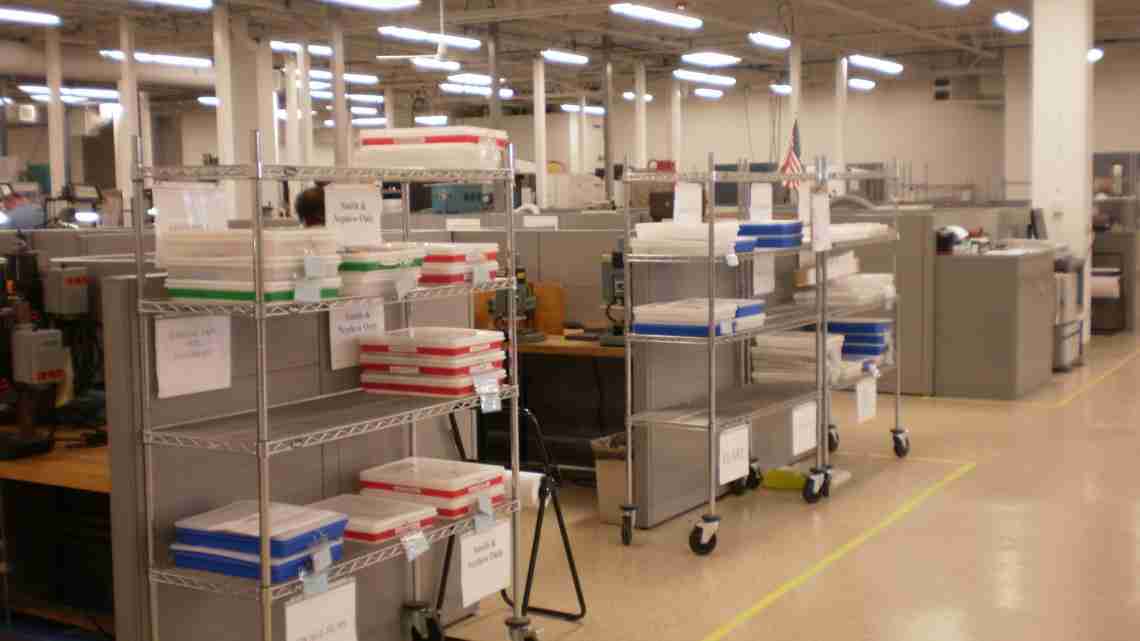 By LAURA PETERS
The News Leader

These life-saving razors can cut sections of organs or take skin samples through less invasive arthroscopic procedures and they can fit in the palm of your hand.

As CEO, Connor is in charge of the 30-year-old company that started in a small building on Lewis Street in downtown Staunton.

“We’re out there to provide a service for a better outcome for patients,” he said. “We have newer, better devices, or we’ll make a device work better for you.”

Connor said Cadence works hand-in-hand with its clients through the conception of a product, the research and development and all the way to putting it into a surgical environment.

It takes between two to four years before a product is put in place, Connor said.

The company’s founder, Martin Lightsey, previously worked for American Safety Razor in the 1980s, when he wanted to do something more specialized.

“I was looking for something that you don’t need to make millions of a day,” he said.

By the time Lightsey left American Safety Razor, it was making 2 million blade edges a day. With Cadence, there’s only about 60,000 on just one razor item produced yearly.

Lightsey originally founded the company as Specialty Blades in 1985. He decided to engineer his own system of razor making by using the concept of combining computer numerical control, or CNC, and razor blade sharpening technologies for companies that required high performance custom-made blades.

“He took razor blade technology and married it with CNC technology which allowed us to do lower volume and specialty blades with ease,” Vice President Chip Harvill said.

Using CNC technology, the company caters to its customers who need specific equipment, like a curved circular blade used in colon surgery. Other tools made there are used in biopsies and other arthroscopic medical tools.

The once 7,200 square-foot building, which currently houses Black Dog Bikes, has now made way for three expansions at its Green Hills Industrial Park location. The current site holds almost 100,000 square-feet of building space, including an incision lab, laser welding, and research and development.

From employing between 15 to 20 people when the company first opened, Cadence now employs 500 employees in five other locations _ Rhode Island, Pennsylvania, Wisconsin, Massachusetts and the Dominican Republic. The Staunton location employs 230 of those 500.

Harvill was the first employee under Lightsey. He’s seen the company’s annual revenue grow from $1 million in the first five years to $9 million in 2002 and now currently at $95 million a year.

But Cadence isn’t just a factory. It requires a certain skill-set to operate the machines that Lightsey has designed. Each operator is required to be a certified CNC technician, which requires certification classes, Connor said.

Lightsey said those who are employed are fluent in trigonometry and calculus.

“It takes somebody with the aptitude and level of someone who could have been an engineer,” he said.

“We end up being a pretty technical operation,” Harvill added. About 15 percent of Cadence’s workforce are degreed engineers, he said.

The custom-built machines allow for the metal to be sculpted into finer shapes, like curved scallops, on a smaller scale. The machines move at various angles to made the blade.

When Cadence started, the business had 11 investors, mostly local, Lightsey said. Today, the company has 300 shareholders, with a majority of them still local investors.

“Letting the community be a part of the company (has) allowed local investors to participate in the Cadence story,” Connor said.

Next post Peterson, Jones return to Jaguars as coaching interns