Capitol Hill Buzz: Twitter helps save Congress from itself – An occasional look at what Capitol Hill is talking about 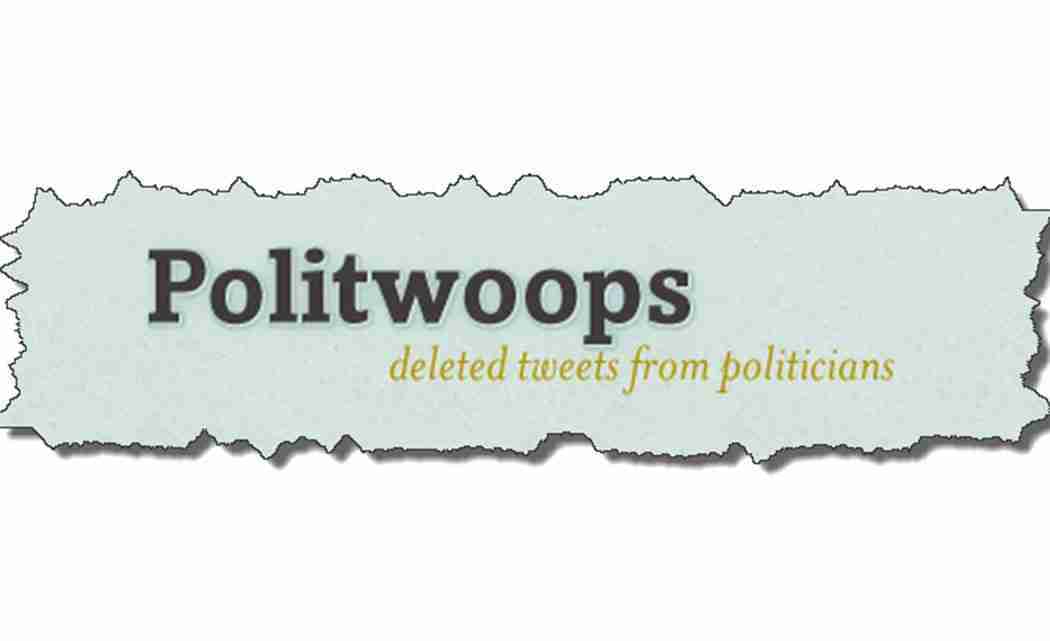 WASHINGTON (AP) _ Twitter is apparently helping members of Congress protect themselves from … themselves.

Twitter has killed a website dedicated to publishing the deleted tweets of politicians, including members of Congress, governors and candidates for president, the Sunlight Foundation announced Thursday.

The website is called Politwoops, and the Sunlight Foundation has run it since 2012. Over that time, the website has documented hundreds of deleted tweets, some embarrassing, others just poorly worded.

There was the tweet by Rep. Jeff Miller, R-Fla., questioning whether President Barack Obama was born in the U.S. That was deleted after 55 minutes, according to Politwoops. And one by Delaware Gov. Jack Markell, a Democrat, featuring a photo of a scantily clad woman wearing leather straps and what appears to be a dog collar. It was deleted after 17 minutes.

In both cases, staffers took the blame.

Last year, six politicians deleted tweets welcoming the return of Taliban POW Sgt. Bowe Bergdahl after questions were raised about whether the Army soldier was a deserter.

“Politwoops was created because public communications from public officials should be available to anyone who wants to see them,” Christopher Gates, president of the Sunlight Foundation, wrote in a blog. “The site isn’t just about blunders, but rather revealing a more intimate perspective on our politicians and how they communicate with their constituents.

Gates said access to deleted tweets was cut off nearly three weeks ago, but his office just received an explanation from Twitter on Wednesday. Old deleted tweets are still available on the website.

In a statement, Twitter said it supports the Sunlight Foundation’s “mission of increasing transparency in politics and using civic tech and open data to hold government accountable to constituents, but preserving deleted Tweets violates our developer agreement.”

“Honoring the expectation of user privacy for all accounts is a priority for us, whether the user is anonymous or a member of Congress,” the statement said.