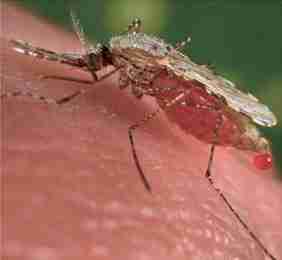 MIAMI – British biotech company Oxitec and the Cayman Islands government announced plans Thursday to release millions of genetically modified mosquitoes in the fight against a species that spreads Zika and other diseases.

Deployment of the mosquitoes against the Aedes aegypti species in the Cayman Islands is a major advance for Oxitec, which has promoted the method heavily as an environmentally safe way to combat the vectors of mosquito-borne illnesses while confronting public concerns about the technology.

The company has deployed its mosquitoes to fight Zika in Brazil following initial trials there and previously conducted tests in the Cayman Islands and Panama. Oxitec and officials in the Florida Keys have proposed testing there as well and are awaiting U.S. regulatory approval. The Cayman government approved the full deployment after what they called a successful, peer-reviewed trial in 2010, Bill Petrie, the director of the British territory’s Mosquito Research and Control Unit, said in a statement.

“We have wanted to remove this invasive pest for a long time but this has proven very difficult using currently available tools on an island the size of Grand Cayman, so we have been looking for new approaches,” Petrie said.

Male mosquitoes don’t bite. The company says its modified males will mate with females and produce offspring that will not survive to adulthood, which should dramatically reduce the population of the non-native, disease-spreading Aedes aegypti species in the territory.

Oxitec will begin releasing hundreds of thousands of modified mosquitoes per week on the island of Grand Cayman, home to about 50,000 people, starting in June and continue for at least nine months, said Glen Slade, the company’s head of business development.

The mosquitoes will not be used on the two smaller islands of the British territory, Little Cayman and Cayman Brac, which do not have the Aedes aegypti. The company insists it’s not possible for the mosquitoes to fly to other islands or to survive long in the environment if they were to be inadvertently transferred elsewhere. They predict a massive drop in the number of the targeted species on Grand Cayman. “It’s not unreasonable to think we might achieve elimination,” Slade said.

The company has started outreach on Grand Cayman to address any public concerns. meetings about Oxitec’s proposed trial there became so contentious that mosquito control officials requested law enforcement protection at an April meeting to discuss the issue.

Phil Goodman, chairman of the five- member Florida Keys Mosquito Control District board of commissioners, said the decision to use Oxitec’s mosquitoes on Grand Cayman was good news for the prospects of a similar trial in Florida if it is approved by the U.S. Food and Drug Administration.

“If everything continues to look good with this and we do get approval and the citizens agree to this, it’s what would work here in the Keys,” he said.

In February, the World Health Organization said it is encouraging countries to conduct further trials of genetically modified mosquitoes to help tackle emerging illnesses such as Zika. The virus has been linked to the birth defect microcephaly and to a temporary paralysis condition known as GuillainBarre.

Next post Wade's shots during Canadian anthem spark some outrage