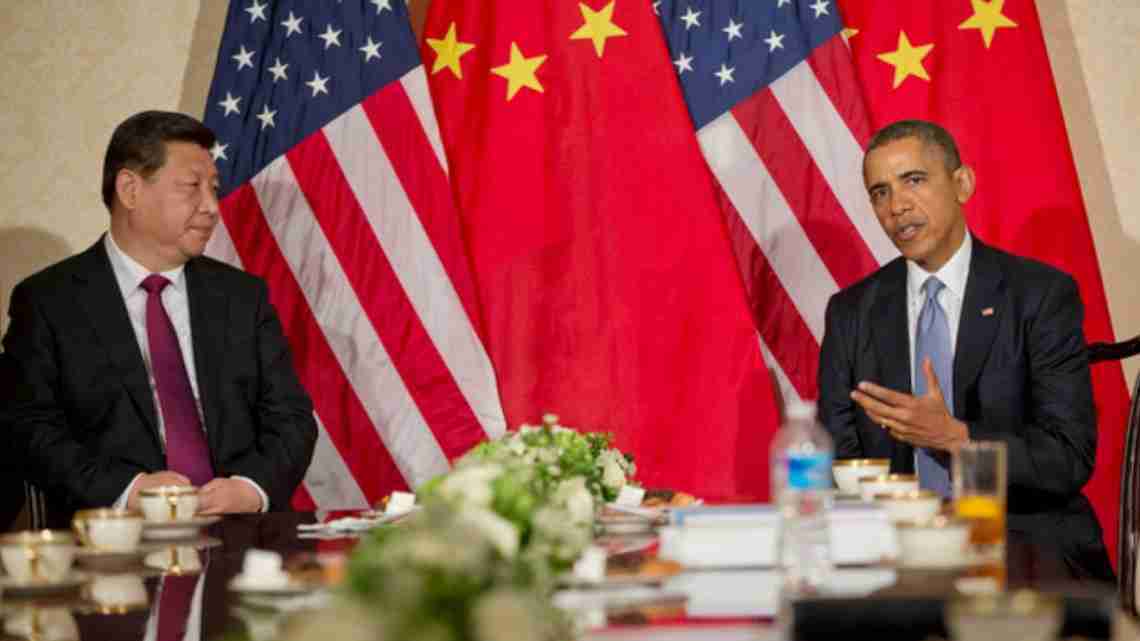 It’s a different beast and far less contentious than the new nuclear deal between Iran and the U.S. and other world powers aimed at preventing Tehran from acquiring atomic weapons. China has had the bomb for 50 years and has a stockpile of perhaps 250 weapons.

This agreement facilitates the transfer of U.S. technology for civilian use, and blocking or delaying it could complicate already tense U.S.-China relations. In September, President Barack Obama will host Chinese leader Xi Jinping at the White House, amid growing strains over Beijing’s island-building in the South China Sea and alleged cybertheft of U.S. government and trade secrets.

There are also major commercial implications. The U.S. nuclear industry is warning it needs swift renewal of the agreement, which expires at the end of this year. Four American-designed reactors worth $8 billion are under construction in China, and dozens more are planned or proposed that, industry advocates say, could support tens of thousands of U.S. jobs.

Chances are the agreement will be renewed. Unless Congress passes a joint resolution or legislation to block it, the agreement takes effect after a mandated review period that began in April. Depending on the congressional calendar, the period could expire by the end of the month or extend into early September after the summer recess.

The agreement has strong support from some lawmakers, mainly because of the economic benefits of nuclear trade with China, but has drawn stiff criticism from both Republicans and Democrats, particularly in the Senate.

“The stakes are too high for us to continue a business-as-usual approach to China by letting this agreement enter into force,” Rubio said.

Sen. Ed Markey, D-Mass., has also come out against it. He was a leading critic of the original 1985 agreement, when congressional concerns on proliferation delayed implementation for 13 years. He has said he wants strong conditions to be imposed on any new agreement to ensure China meets nonproliferation standards.

But the Obama administration is warning that ending U.S.-China cooperation would be devastating to the U.S. nuclear industry and would hurt bilateral relations and diminish American leverage. It says China’s record on nonproliferation has improved. Beijing has signed international nuclear control accords and has ceased support to Pakistan and Iran’s nuclear weapons programs since the 1990’s.

Thomas Countryman, the top State Department official on nonproliferation, told a congressional hearing Thursday that failure to implement the agreement “would be taken by the Chinese as a step backward by the United States from our professed desire to be partners where we can and to manage our differences where we have them.”

But he acknowledged China has yet to show “the necessary capability and will” to stop illicit transfers of sensitive technology, including to Iran’s ballistic missile program by Chinese national Li Fangwei, also known as Karl Lee, who has a $5 million U.S. reward on his head.

Asked for a response by The Associated Press, Chinese Embassy spokesman Zhu Haiquan said China strictly abides by its international obligations and will punish any violation of Chinese export control laws.

But perhaps most damaging is the accusation that China violated the existing agreement by adapting U.S.-designed coolant pumps for nuclear reactors for military purposes on its nuclear submarines. While U.S. officials have declined to comment publicly on those allegations _ first publicized eight years ago _ lawmakers have hinted it may be true.

It’s still unlikely to scupper the renewal. Even imposing extra conditions on the agreement would require uncommon unity of purpose among Republicans and Democrats.

The U.S. has forged civilian nuclear pacts with two dozen countries _ including its other main strategic rival, Russia. Nuclear cooperation with China also complements Washington’s shared interest with Beijing in curbing emissions amid the push for a global climate pact in Paris in December.

But there is a downside to the China’s ambitious nuclear expansion plans.

Experts have voiced concern over China’s ability to oversee safety as it rapidly expands nuclear power generation. Twenty-seven nuclear plants are already operating, 24 are under construction and dozens more are planned.

And Henry Sokolski, executive director of the Nonproliferation Policy Education Center, is warning of a regional fissile material production race in East Asia.

China has yet to decide to reprocess spent nuclear fuel on a commercial scale, but the agreement opens the way for that eventuality. After settling with the U.S. over security arrangements and safeguards, China could extract nuclear weapons-usable plutonium from spent fuel generated in U.S.-designed reactors whenever it chooses. Sokolski said China should be treated like Russia, which requires U.S. approval to reprocess on a case-by-case basis.

Giving the green light to China could encourage Japan, which has strained relations with Beijing, to go ahead as planned next year to open up a massive, costly, reprocessing plant, he said. South Korea also wants the right to reprocess.