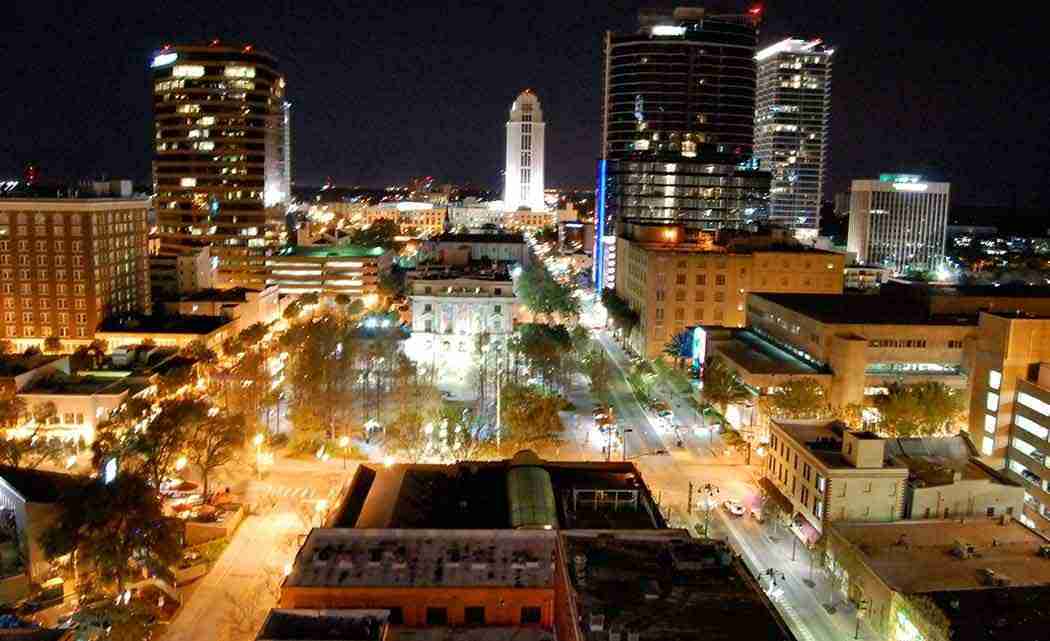 ORLANDO, Fla. (AP) _ If you were to walk the streets of downtown Orlando a decade from now, or in 25 years, what would you see?

If all goes as planned, you’d see a greener city, with more shopping and community gathering spaces _ and a lot more people walking.

The City Council has adopted a new long-term vision for downtown that resulted from months of planning by nearly 100 volunteers, including urban planners, business leaders and other professionals.

The group’s 262-page redevelopment plan includes hundreds of recommendations, including new parks and a revamped entrance to Lake Eola.

A common theme is that the downtown Orlando of the future will be a walker’s destination, with now-major roadways spruced up or pared back to make room for window shopping, dining and relaxing.

But enacting the plan would come with a major price tag: an estimated $445 million over the next 27 years.

Metro Orlando is frequently cited in national studies as the most dangerous place in the U.S. for pedestrians.

But much of what city leaders endorsed focuses on making the City Beautiful a walker’s and bike rider’s mecca, including some long-discussed changes to its major roadways:

. One-way roads, including Orange and Rosalind avenues, could be reworked into two-way roads, in an effort to slow traffic and make crossing on foot easier.

. Robinson Street could be pared back, from four lanes to two, to accommodate bike lanes, larger sidewalks and more landscaping. And the addition of new, more-visible crosswalks could bring better access to Lake Eola Park.

The proposals also include reworking Magnolia Avenue south of Colonial Drive into a street lined by restaurants with outdoor dining and shops. A rendering shows Magnolia with no travel lanes at all, save a single bus lane.

The task force received advice from more than 6,000 members of the public, according to its chair, Fred Kittinger.

He said feedback made clear that improving downtown’s walk-ability and expanding its parks was key.

“Those things, on the human scale, those are what you enjoy with your friends and your family, and that adds toward the quality of life,” Kittinger said.

Another challenge addressed by the task force was how to connect central Orlando’s neighborhoods _ from Parramore to College Park to Thornton Park _ into an easily navigable, less-segmented downtown.

One “big idea” put forward was developing a network of green spaces _ including small parks and other landscaping _ from Garland Avenue east to the SunRail tracks, and from Lake Ivanhoe south to State Road 408.

One rendering shows how a vacant lot at Orange Avenue and Pine Street, currently frequented on the weekends by street preachers and plastic-bucket drummers, would be converted to a small, well-shaded park.

Another of the major proposals is to develop the underside of Interstate 4 into a “Bridge District,” a well-lit recreation and event space linking the Amway Center to the rest of downtown.

“This corridor should focus on becoming a hub for sports and entertainment activities, and providing support to the anchors of the corridor _ the Venues,” the plan states.

Among the districts targeted for development is the North Quarter, a stretch between Lake Ivanhoe and Colonial Drive. There’s been an uptick in construction there lately, and the task force identified it as a potential “gateway” to downtown.

“I am extremely bullish and excited about the North Quarter,” Kittinger said.

While some of the recommended changes to downtown would be obvious, others would occur behind the scenes.

Proposals for doing that range from improving educational programs, relaxing permitting restrictions and reducing fees, to expanding public transit, including SunRail and Lymmo.

The goals laid out in the redevelopment plan were broken down by how quickly they could be carried out:

. Among the mid-term goals were exploring the feasibility of turning one-way streets into two-ways; revamping Robinson Street; creating an “Urban Market” for local goods; and adding a “world-class, large scale signature event or festival.”

City commissioners voted Monday to approve the redevelopment plan. And while that’s a big step forward, there are still a lot of unknowns, including money and continued commitment along the way.

“At the end of the day, it’ll be the mayor and the City Council that will determine the priorities,” Kittinger said.

But Cari Coats, who chaired a 26-member executive advisory committee that reviewed the 71-member task force’s work, noted during a workshop that 87 percent the last redevelopment plan, from 2000, has come to fruition.

The new groundwork may have already begun.

For example, Kittinger noted the I-4 Ultimate project is expected to leave the interstate’s overpass higher off the ground than it is now and with better lighting, setting the stage for the “Bridge District” plan.

The city’s estimated the total cost of the plan at $445 million, through the year 2042.

Revenue was projected to outpace that figure, coming in at about $534 million combined from taxes, bonds, internal loans and tax incentives.

And Commissioner Robert Stuart called the plan a “wonderful team effort” that would “give us the framework that we can move down and really impact what we want to see in this community in 10, 15, 20 years.”